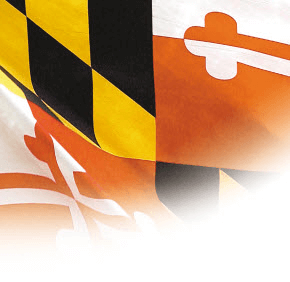 By Maria Wiering
mwiering@CatholicReview.org
Abortion, immigration and education were among issues on which the Maryland Catholic Conference surveyed candidates for Congress, governor and Maryland’s General Assembly in anticipation of the June 24 primary election.
View the survey results here.
Candidates were asked to agree or disagree with five statements. Candidates for both local and national office were asked about their views on late-term abortion, funding for nonpublic schools, immigration and poverty. The survey also asked state candidates about physician-assisted suicide, and congressional candidates about conscience protection legislation.
Responding to the survey were 17 congressional candidates, five gubernatorial candidates and 155 candidates for the Maryland State Senate and House of Delegates.
About 28 percent of respondents did not respond to all five questions. Agreeing with all five statements were seven congressional candidates and 22 General Assembly candidates. Only one responding candidate disagreed with all five statements.
Candidates also provided short written statements, which are available online at mdcathcon.org. Mary Ellen Russell, MCC executive director, recommends voters read them.
“They’re very revealing and give much more context for how they’re answering the questions,” she said.
She said the MCC, which advocates for public policy on behalf of the state’s bishops, was “very happy” with the response rate, but encouraged Catholics to reach out directly to campaigns to learn the position of candidates who did not respond.
She also emphasized the importance of voting in the primary, and hopes Catholics take candidates’ responses with them into the voting booth.
“I hope people are aware of how few votes some of these races are decided on,” Russell said. “So many races in Maryland are decided in the primary, and candidates can easily win by less than 100 votes, so every single vote is very important.”
State redistricting takes effect this year; the MCC advises voters to be aware of changes to the districts of some incumbent legislators. The primary election determines which candidates will run on their party’s ticket in the general election Nov. 4.
Also see:
Court ruling favors archdiocese and five other things Catholics should know about the HHS mandate lawsuits
Catholic high school graduates ready to make their mark on the world
PrevNext