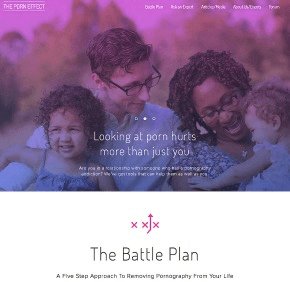 “I worked as an apologist at Catholic Answers for three years and I would travel the country and give many talks, and I couldn’t help but feel that while I was up there proclaiming the basic Gospel message to thousands of teenagers, a good number of these young men and women were looking at hardcore pornography,” Fradd explained in a phone interview with Catholic News Service.

After the setback is logged on the calendar, the app assists you in pinpointing what the trigger was so you are more prepared to log a white day the next time that trigger occurs. Users can choose from various “trigger” options – boredom, loneliness, anger, stress or tiredness. According to Fradd, this helps a person to gain self-knowledge.

The app includes a section for journaling, and there’s a prayer request button that will notify up to three “accountability partners,” as the program calls them, to pray for you. The app is private and requires a four-digit passcode to log in.

Victory was launched May 28, and since then it has been downloaded over 4,500 times, which is a testament to its popularity. The app is free, and the accompanying book included in the app costs $1.99. The price of the book goes straight back to the app, though, not only to update the current version, but to launch an android version later this summer.

There also is a donation page set up to increase funding for the app and it is donate.lifeteen.com/thevictoryapp. A donor matches every donation through that link.

“We just want to create the best resource possible,” Fradd explained about the donation page.

The developers hope it will be fruitful for the young church.

Scourge of pornography must be combated

The many faces of freedom