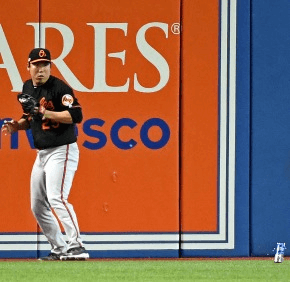 By Jeff Seidel
Special to the Review
GAMBRILLS – The video featured an angry father storming onto a wrestling mat and yanking an opponent off his son.
Upset with the way the other boy had executed a move, the father interrupted the competition, took matters into his own hands and then pointed at the camera in a menacing manner.
The incident symbolized the state of some youth and scholastic athletics events. The behavior of too many parents and coaches is often out of control and – paradoxically – juvenile, embarrassing teams, families and the athletes themselves.
The video was part of a presentation by the Play Like a Champion Today program, which visited St. John the Evangelist School in Severna Park and School of the Incarnation in Gambrills Sept. 30 and Oct. 1, respectively. Both were host to a parent workshop. Incarnation was the site of a Saturday morning clinic for coaches.

They were first two elementary schools in Maryland to benefit from the program, an outreach of the University of Notre Dame in South Bend, Ind.
In its 11th year, PLACT educates parents and coaches involved in children’s sports how to emphasize the proper core values and behavior.

Kristin Sheehan, director of the program (pictured left), used the wrestling video to make a point: it’s fine to hope for success of the youths in our charge, but don’t become over-emotional and lose control. She pointed to anecdotal evidence and research that show that too many young athletes are being exposed to bad behavior by adults.
“We created an educational platform for all stakeholders,” Sheehan said. “Coaches and parents learn what they can do to be effective. The athletes tend to get it, but sometimes the adults can lead them astray in a negative way.”
Bad models of behavior are prevalent.
The day after Sheehan spoke at Incarnation, a 55-year-old Ravens’ fan was hospitalized with serious injuries after a fight with two fans of the Oakland Raiders. A few hours later, the NFL Sunday night showcase on NBC saw Antonio Brown of the Pittsburgh Steelers engage in vulgar celebrations after a touchdown. Two days later, on Oct. 4, a fan in Toronto threw a can of beer at Oriole outfielder Hyun Soo Kim as he was trying to catch a fly ball in what turned out to be a season-ending loss for Baltimore.
No less an authority than Pope Francis has pointed out the over-emphasis on winning and lack of fair play in athletics.
“At our school, children every day pledge to three values: integrity, initiative and inclusion,” said Lisa Shipley, principal of School of the Incarnation. “This program looks at those core values as well, including everyone. I think (it) was a great opportunity for many in our community to look at things in a different way.”
Casey Buckstaff, the principal of St. John the Evangelist School, was a varsity rower at the University of Notre Dame, and did not hesitate to respond to a query from Sheehan, a fellow graduate of the nation’s most prominent Catholic college – in no small part due to its football tradition.
Buckstaff said that promoting good character, building teams as moral communities, sportsmanship and responsible decision-making are important for children and parents, and thought that Play Like a Champion Today could help those already involved with athletics at her school.
She said it elevates “our already strong and vibrant culture in a way that will benefit everyone in our school community.”
Parents at the Oct. 1 workshop at School of the Incarnation appreciated the lessons they learned from Sheehan
“It was good to get insight into making me reflect on how I actually participate in parenting both of my kids,” said Catherine Gorzkowski. “One is in a team sport, one dances. I learned a lot about ways to talk to my kids and other kids on the team, not just focusing on winning or losing.”
Robert Warren, another parent, said, “It just shows you that the parents, the kid, and the coach all complement each other. If you don’t have one (component), and there’s something missing, the kid may not have the greatest experience.”