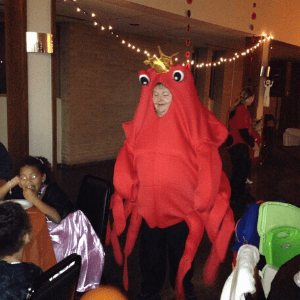 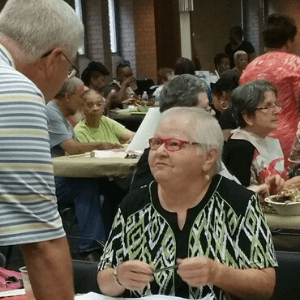 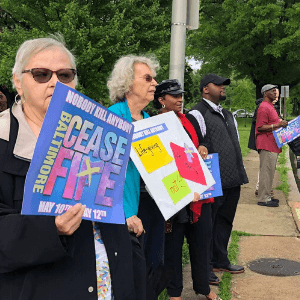 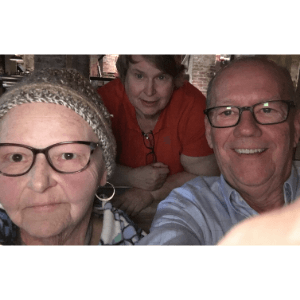 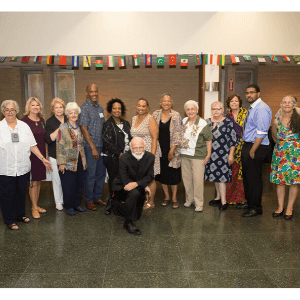 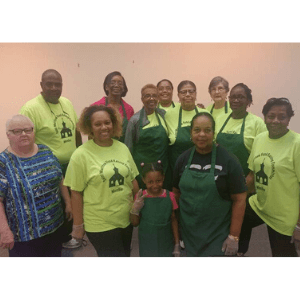 Carol Augustine, former president of NCCL, former Director of Evangelization and Catechesis for the Archdiocese of Baltimore, and faithful member of St. Matthew’s church in Baltimore, died Monday evening after a long battle with cancer. We pray for the repose of her soul.

Carol loved the Gospel, but it was one story in particular that captured her heart. It was the story of the woman at the well. She had a number of artistic renderings of that story, each involving a jug, a woman, Jesus and the well. They were found in her office, in her home, and on the desk of any friend or colleague that was having a difficult time. Because, to be sure, the woman at the well was having a difficult time. And Carol, Carol in that story was the well. People came to drink deeply of her warmth, her wisdom, and her discipleship. They left with their thirst quenched, and their water jugs filled. Carol was generous in that way.

She was the model of accompaniment. Carol’s stride would match the stride of the person with whom she was walking;  sometimes Carol would have to speed up, sometimes, she would have to slow down, but she always matched the pace of the one with whom she walked. She would encourage some to go a just a little bit farther. Still others she would ask if they wouldn’t like to stop for a drink of water and a brief rest. But Carol stayed with the one she was accompanying until they were ready to move on, their steps in discipleship more steady, more sure. She was amazing.

Read more about Carol’s legacy in the Catholic Review

Carol was a great Mentor! She inspired me as a Parish Catechetical Leader. Carol gave totally of herself as a disciple and witness of the Gospel. God bless you, Carol❤️

I just heard that Carol entered into eternal life last week. To Carol’s family, I offer my deepest condolences and prayers. Through all my DRE years, Carol was a mentor, a true Disciple of Jesus and friend, a true “people person!” Peace!