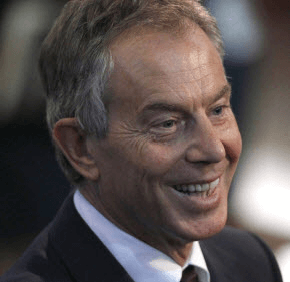 Tony Blair, the former prime minister of the United Kingdom, is expected to give the inaugural Hanway Lecture in Global Studies April 9 at Loyola University Maryland in Baltimore.

“Prime Minister Blair’s unmatched insight will provide the ideal foundation for our lecture series on global awareness,” Jesuit Father Brian F. Linnane, Loyola’s president, said in a statement. “His extensive experience building social and political bridges across borders embodies our obligation as a Jesuit university to serve others on an international scale and prepare our students to be leaders and innovators in an increasingly interdependent world. It is both an honor and a privilege to welcome him to campus.”

The event is free and open to the public. Time and venue information will be released at a later date. Tickets will be available in early March at loyolagreyhounds.com/tickets/locl-tickets.html.