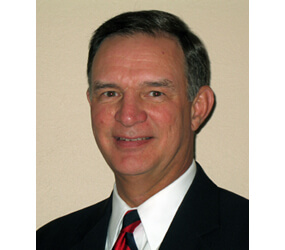 Catholic Health Initiatives and the board of St. Joseph Medical Center announced Oct. 20 that Jeffrey K. Norman has been named as the Towson medical center’s new president and chief executive officer. He succeeds Robert Lovell, who has served as interim CEO since June 29.

“Jeff impressed me and the entire search committee with his broad and diverse experience, demonstrated leadership and significant accomplishments in a variety of health care settings,” said William J. McCarthy Jr., chair of the medical center’s board of directors and executive director of Catholic Charities in Baltimore.

“He appreciates and values the mission of St. Joseph and recognizes and embraces both the opportunities and challenges that the medical center has before it,” McCarthy said.

Prior to accepting his St. Joseph appointment, Norman, 57, served as executive vice president and CEO of Scottsdale Healthcare in Arizona where he was responsible for all operations of the three-hospital, 800-bed system. He developed and executed a strategic growth program for the system, including recruitment of doctors and development of physician employment infrastructure and joint ventures. He has more than 30 years of executive experience at hospital systems in Arizona, Pennsylvania and Illinois.

Norman said his goal at St. Joseph is to “expand the hospital’s clinical offerings and broaden the geographic reach of those services.”

“St. Joseph Medical Center has a number of really fine clinical programs that are highly rated for their outcomes,” he said. “In the spirit of the ministry and legacy of St. Joseph, I want to ensure that we continue that track record of excellence.”

Norman received his master’s degree in public health and his bachelor’s degree in political science from the University of Pittsburgh.