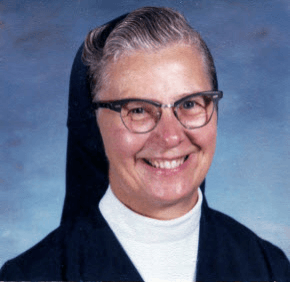 By Catholic Review Staff
A funeral Mass for Daughter of Charity Mary Ann Bozel was offered March 8 at the Basilica of the National Shrine of St. Elizabeth Ann Seton in Emmitsburg. Burial followed at Sacred Heart Cemetery in Emmitsburg. Sister Mary Ann died March 1. She was 89.
A Baltimore native, Sister Mary Ann entered her religious order in 1942. In December she celebrated 71 years as a Daughter of Charity of St. Vincent de Paul. Sister Mary Ann earned a bachelor’s in social science from St. Joseph College in Emmitsburg and a master’s in education from St. John’s University in Jamaica, N.Y.
She taught at schools in New York from 1944 to 1957, then served at Mother Seton School in Emmitsburg from 1957 to 1967. Sister Mary Ann also served at schools in Virginia from 1968 to 1975 and in the Archdiocese of Washington from 1981 to 1989.
She ministered as an educational consultant for the Emmitsburg Province of the Daughters of Charity from 1975 to 1981, then served as director of activities at Villa St. Michael in Emmitsburg from 1989 to 1998. She served in the ministry of prayer for several years until her death.
One of 10 siblings, one of Sister Mary’s sisters is Daughter of Charity Sister Rita Bozel of Emmitsburg. One of her brothers was Monsignor Robert A. Bozel, a priest of the Archdiocese of Baltimore who died in 2012.
To read more obituary articles, click here.
Also see:
Bozel siblings share 189 years of ministry
PrevNext