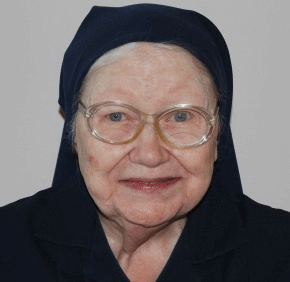 With a master’s degree in nursing from The Catholic University of America in Washington, she ministered primarily as a nurse, nurse instructor and administrator.

After spending the next 23 years in the Washington area, she returned to Emmitsburg in 1999, joining the prayer ministry at Villa St. Michael and serving there until her death.