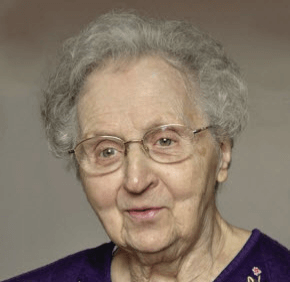 By Catholic Review Staff
A funeral Mass for School Sister of Notre Dame Clara Linz was offered Dec. 5 at Villa Assumpta in Baltimore. Sister Clara died Nov. 29. She was 91 years old.
A native of Highlandtown, Sister Clara attended the school at her home parish, Sacred Heart of Jesus, and graduated from the Institute of Notre Dame. She entered the School Sisters in 1943, and professed her final vows in 1949. She served as a homemaker at convents in St. Augustine in Elkridge, Glen Cove, N.Y., and South Ozone Park, N.Y., as well as a prefect to the girls of St. Vincent’s orphanage in Tacony, Pa., from 1961-71.
Returning to Baltimore, Sister Clara served as a teacher’s aide to special education students at the former St. James and John School in Baltimore, 1971-73, then turned to nursing the elderly, working with the Red Cross and at St. Joseph’s Hospital, as well as her home parish, Sacred Heart of Jesus. As a pastoral counselor, she served her home parish (1981-85), as well St. Brigid Parish in Canton (1985-87) and the Canton Harbor Nursing Center (1987-91).
After retiring to Villa Assumpta in 1993, she continued to serve the Southeast Baltimore community in pastoral ministry.
To read more obituary articles, click here.
PrevNext