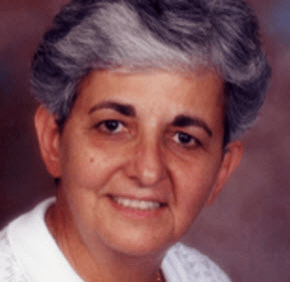 By Catholic Review Staff
A funeral Mass for Sisters, Servants of the Immaculate Heart of Mary Bernadette Marie Zaytoun was offered April 22 at the Immaculate Heart of Mary Center in Scranton, Pa. Sister Bernadette Marie died April 18. She was 67.
Born in North Carolina, Sister Bernadette Marie entered her religious order in 1967. She professed final vows in 1976.
Sister Bernadette Marie taught at St. Agnes School in Catonsville from 1975 to 1976. Except for one year, she taught at schools in the Archdiocese of Washington, Pennsylvania and New York from 1973 to 1990.
She served as director of food services at Marian Convent from 1990 to 2006 and at Our Lady of Peace Residence, both in Scranton, from 2006 to 2007; as an after school care aide at a North Carolina school from 2007 to 2008; in family ministry in North Carolina from 2007 to 2010; and as director of the Immaculate Heart of Mary Center in Scranton from 2011 to 2013.
Sister Bernadette Marie served as a prayer minister at Our Lady of Peace Residence in Scranton from 2013 until her death.
She earned a bachelor’s in special education/psychology and a master’s in early childhood education, both from what is now Marywood University in Scranton.
To read more obituary articles, click here.
Also see:
Environmental groups hope steep stormwater fees compel parishes to go green
PrevNext