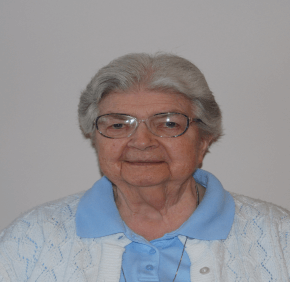 By Catholic Review Staff
A funeral Mass for Daughter of Charity Sister Anne Joseph Edelen was offered Sept. 13 at the Basilica of the National Shrine of St. Elizabeth Ann Seton in Emmitsburg. Sister Anne Joseph died Sept. 8. She was 94.
Sister Anne Joseph was born in Baltimore and attended Seton High School, graduating in 1938. She joined the Daughters of Charity later that year. She served in education, social work, parish life and outreach in Michigan, New York, North Carolina, South Carolina, Virginia and Washington, D.C.
She earned a bachelor’s degree at St. Joseph College in Emmitsburg in 1951 and a master’s in social work at the University of Michigan in Ann Arbor in 1954. She returned to Emmitsburg in 2001 to Villa St. Michael, where she lived until her death.
To view more obituary articles, click here.
PrevNext