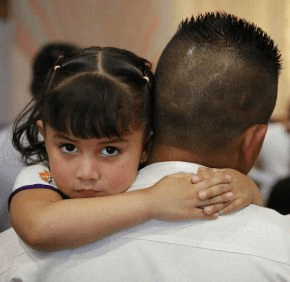 SACRAMENTO, Calif. – People with ties to the California mission system see the canonization of its founder as a moment for reflection and reconciliation with native people.

“The canonization of (Blessed Junipero) Serra has really encouraged us, as well as the diocesan bishops, to seriously look at the place of the California mission Indians and our history and heritage,” said Franciscan Father Ken Laverone, co-postulator in Blessed Serra’s cause. He’s a California-born descendant of Spanish colonizers.

“It’s getting us to look at our relationships with the Native Americans and to reopen the doors of our mission in a greater sense.”

The mission system, Spanish colonial rule and the settlers who came later had profound and lasting effects on native life across the region. Blessed Serra was a highly visible figure inextricably linked to societal changes that led to a 90 percent decrease in the native Indian population in California, even though those effects didn’t fully play out until well after his death in 1784.

Before Spanish colonization, Indians in California numbered more than 300,000. By 1860 there were just 30,000, a consequence of diseases that had been unknown there before Europeans arrived, assimilation, the influx of gold miners and other factors.

Mission Indians were very near extinction by the early 1900s, according to California Lutheran University sociologist Jonathan Cordero, a California Indian who traces his family back to the missions. Cordero’s research has focused on Indian social structures within the missions.

He said mission priests baptized about 80,000 Indians. By 1834, 60,000 had died. By 1900, the number of Indians who had been associated with missions was down to about 800 people, or 1 percent of the number before colonization. Cordero said it would be difficult to pinpoint the number of descendants of mission Indians today.

Spanish explorers were the first Europeans known to reach what they called Alta California. Juan Rodriguez Cabrillo, on a quest for the legendary Northwest Passage, sailed along the coast from Mexico into San Diego Bay in 1542 and then to San Francisco Bay later the same year.

Spain did little to sustain its claim to the region until the late 18th century, when British, French and Russians were colonizing in the North Pacific.

“In 1765 Visitor General Jose de Galvez arrived in Mexico, and three years later with Viceroy Carlos Francisco de Croix, submitted a plan for the colonization of California,” said a 1978 article in the San Diego Historical Society Quarterly by Robert Heizer, an archaeologist who studied Native American people of the Southwestern U.S. “This in turn was presented to (Blessed) Serra, president of the declining Franciscan missions of Baja California which recently been taken over from the expelled Jesuit order.”

Relatively quickly, Heizer wrote, military expeditions from Mexico, which included Blessed Serra and other Franciscans, left for Alta California. By July 16, 1769, they had founded the first of the California missions, at San Diego.

The missions had a twofold objective, to bring Christianity to the native people and to assimilate them into Spanish culture as citizens of New Spain. The Spanish erected presidios (walled forts) in San Diego, Santa Barbara, Monterey and San Francisco to protect their interests

Although the number of coastal Indian Catholics today are few, Father Laverone said the faith Serra and his friars instilled is still being lived out in the missions, 19 of which are active churches.

Andrew Galvan, a descendant of mission Indians and curator of Old Mission Dolores in San Francisco, agrees, but said more needs to be done to invite Indians back to the missions and include their voices in mission affairs.

“This is the opportunity for the Roman Catholic Church in the United States of America and the state of California … to reach out to Serra’s Indians and to bring them into the missions, to open the doors wide, to sing that song that we sing everywhere — all are welcome.”

He said he would like to stand on the steps of Mission Dolores, “open the doors and ring the bells like Junipero Serra … and cry out, ‘Love God, my children. Love God. Amor a Dios!”

The difficulty he said is that native people today are saying, “We’re not welcome. We don’t like what we see. We’re uncomfortable.”

Critics charge that the missions were places of forced labor, that Indians were whipped and shackled, and that baptisms and confirmations were coerced.

University of California at Riverside history professor Steven Hackel, who has written a biography of Blessed Serra, told Catholic News Service that the friar was very much a product of his times.

“In his world almost certainly a good father would have punished him with spankings or with blows if he got out of line,” Hackel said. “A good husband punished a wayward spouse. …That was the way in which he believed he should behave with Indians in the missions. The missionaries believe they are the spiritual fathers of Indians, so they take on the responsibility for punishment, with corporal punishment, with blows and various types of beatings.”

One problem was “this was entirely alien to California Indians,” Hackel explained. “It’s not how they lived. It isn’t something they fully understood. So that creates tension in the missions.”

There also was tension between the friars and the soldiers, who believed it was up to them, and only them, Hackel said, to “correct Indians with blows. … But Serra believed he was an apostolic missionary and he and his other Franciscans were somehow exempt from this kind of military oversight. “

The friar also looked to the example of his favorite saint, St. Francis of Solano, a 16th-century Spanish Franciscan missionary to South America, who talked about “correcting” Indians with corporal punishment. It seemed to Blessed Serra to be “something he has to do to save Indians’ souls. Indians, of course, resent this and the soldiers think Serra has gone rogue, essentially. He has taken their authority from them. So there’s lots and lots of controversy over this. “

When the military tries to tell the missionaries that they can’t use corporal punishment anymore, the Franciscans complain that “if we can’t discipline Indians, if we can’t punish them, they will drift away … they’ll become libertines. They’ll forget everything we taught them and go back to their savage state. This is always an issue in California. When missionaries lose the ability to correct Indians, they lose the sense that they can control the mission environment.”

There also were conflicts with the soldiers over Indian labor, which the military needed to build the presidios. Blessed Serra told them no. “We are baptizing Indians to save their souls and to teach them to be good Catholics, not to be your peons,” Hackel said the priest responded.

Despite the contemporary criticism, the Spaniards’ records of his time suggest Blessed Serra was thought of as a man of mercy and forgiveness.

He pleaded for leniency for the Kumeyaay Indians who murdered Franciscan Father Luis Jayme in at San Diego de Alcala Mission during an uprising. Later, he would bestow the sacrament of confirmation on three of the five Indians who took part in the killing.

He also wrangled with Spanish authorities about how soldiers assigned to missions were mistreating Indians. In one case, an unrestrained soldier killed the principal chief of a tribe, “cut off his head and brought it to the mission in triumph,” Hackel wrote in “Junipero Serra: California’s Founding Father.” “Serra was horrified by the soldiers’ violence.”

The Spanish missionaries also made little effort to understand the culture and beliefs of the California Indians. Hackel said this was typical of the evangelists of the 18th century. Although their 16th-century predecessors made a point of learning about local beliefs “so they could overturn them,” he said, Serra and his contemporaries didn’t think the Indians had complicated cultures or full-blown religious beliefs.

“What they have, according to Serra and others, are inherited superstitions from their parents and grandparents,” Hackel said. “Things that aren’t rooted in real spirituality, they’re just naive customs about how the world works. So Serra does not spend much time at all trying to investigate native religion. He’s aware of it. He believes they pray to birds, or in some instances, idols. … He essentially dismisses it as childish superstition and he doesn’t really respect their beliefs.”

It actually wasn’t the case that the missionaries wanted to sweep aside all Indian culture, according to Hackel. Even Blessed Serra thought some aspects of Indian culture — notably its music, singing and dancing — could be incorporated into Catholic practices, he said.

Also of lasting impact on the tribes was the secularization period that followed Mexico’s independence in 1821, further separating mission Indians from their culture and also from the church.

The Mexican government that then controlled California removed mission lands from Franciscan oversight. Territory that had been intended for Indians was divvied up among Mexican ranchers. The Franciscan missionaries returned to Mexico and mission Indians worked on the ranches or went out to fend for themselves.

Some mission Indians mixed in with Spanish colonists. In some cases the Catholic faith survived among the mission Indians. Such was the situation for Galvan and his family.

The Spanish intention that missions would become parishes did not come to pass until much later. Several of the missions fell into ruin following secularization. After California became a state in 1850, mission properties were returned to the church following an appeal by Joseph S. Alemany, the first archbishop of San Francisco.

Both Pope John Paul II, who beatified Blessed Serra, and Pope Francis, who will canonize him, have spoken of the difficulties and the harm colonization and church’s evangelization efforts had upon native lives and culture.

“I humbly ask forgiveness, not only for the offenses of the church herself, but also for crimes committed against the native peoples during the so-called conquest of America,” Pope Francis told a crowd in Bolivia in July.

It was an unexpected preface to his September visit to the U.S. The canonization will take place in Washington Sept. 23 as the pope hopscotches to events in the nation’s capital, New York and Philadelphia.

Father Laverone said sainthood recognizes a man who, despite all odds, spread the Gospel message where it had not been heard before. And he did so in a “radical” way.

“Serra, with all his limitations, with all his physical ailments, saw the good news as something that had to be proclaimed, and he went to the extreme ends to do that,” said the priest.

He said people may think that was a good thing or a bad thing, but that was his commitment, to bring people who had never known Christ to the Redeemer.

“He was a man of perseverance without a doubt. And maybe sometimes a little bit too much perseverance,” he said.

“The Gospel is so important you have to move forward,” said Father Laverone.”We have something to share, we have the good news. People need to learn about God’s mercy and God’s love and the salvation that Jesus brings to us.”