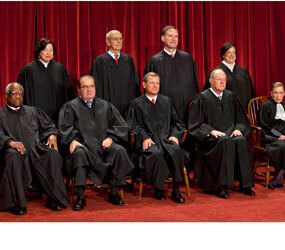 The decision in Hosanna-Tabor v. EEOC held that fired teacher Cheryl Perich could not sue under federal disability discrimination laws, because the Michigan Lutheran school where she worked considered her a “called” minister.

Writing for a unanimous court, Chief Justice John Roberts said the government cannot require a church to retain an unwanted minister because doing so “intrudes upon more than a mere employment decision. Such action interferes with the internal governance of the church, depriving the church of control over the selection of those who will personify its beliefs.”

Some commentators have been quick to hail the ruling. It’s “the greatest Supreme Court religious liberty decision in decades,” opined the Becket Fund for Religious Liberty, which acted as co-counsel to Hosanna-Tabor.

On the other side, David Gibson, a columnist for Commonweal, observed in a post on the magazine’s blog that while the ruling “is clearly the right one,” celebration seems premature. Under the headline “High court: Religions are free to be jerks,” Gibson cautioned about how churches might exercise their protected right.

“How can churches be held to account?” he wrote. “This is a real difficulty, given that religious institutions behave just as badly as secular groups, and often worse. And that truly does hurt the witness of religious communities.”

Anthony Picarello, general counsel and an associate general secretary for the U.S. Conference of Catholic Bishops, told Catholic News Service Jan. 13 that the ruling is rich with potential for mining material on a wide variety of religious rights issues. But more immediately, two cases involving Catholic dioceses that are pending before the Supreme Court ask related questions.

In Skrzypczak v. Roman Catholic Diocese of Tulsa, Monica Skrzypczak sued the Oklahoma diocese for gender and age discrimination after being fired from her job as director of the Department of Religious Formation. In a second case, former math teacher Madeline Weishuhn sued the Diocese of Lansing, Mich., alleging retaliation that violated anti-discrimination laws.

Lower courts in both cases have held that under the ministerial exception, the decisions fell within the bounds of a church’s protection from state interference in employment decisions.

Picarello predicted both cases might now be dismissed or sent back to lower courts to review in light of the ruling in Hosanna-Tabor.

He also theorized the ruling could affect a final decision by the Department of Health and Human Services over its mandate that employers provide no-cost coverage of contraception and sterilization in their health insurance plans.

A final rule is pending for the regulations, which have been challenged by the USCCB and other church organizations as an infringement on religious liberty. The Catholic Church teaches the use of artificial contraception is morally wrong and objects to a requirement for such coverage for its employees. Picarello said the exception for churches that is part of the pending regulation is a provision the size of an “eye of the needle.”

As Chief Justice John Roberts made clear, while the court was declaring for the first time that a ministerial exception exists and Perich clearly fell subject to it, how that exception is applied to others will have to be decided later.

“The case before us is an employment discrimination suit brought on behalf of a minister, challenging her church’s decision to fire her,” Roberts wrote. “Today we hold only that the ministerial exception bars such a suit. We express no view on whether the exception bars other types of suits, including actions by employees alleging breach of contract or tortious conduct by their religious employers. There will be time enough to address the applicability of the exception to other circumstances if and when they arise.”

In concurring briefs, Justices Clarence Thomas and Samuel Alito added to the discussion about what happens next.

“The line is hardly a bright one, and an organization might understandably be concerned that a judge would not understand its religious tenets and sense of mission,” Thomas wrote, saying he would have gone further in declaring a church’s rights should always prevail in such matters. “Fear of potential liability might affect the way an organization carried out what it understood to be its religious mission. These are certainly dangers that the First Amendment was designed to guard against.”

Alito, joined by Justice Elena Kagan, said the definition of who is a “minister,” by whatever terminology a faith uses, should always be left to the faith group. For a court to be expected to decide that, they said, would require a civil court or a jury to make a judgment about church doctrine.

“The mere adjudication of such questions would pose grave problems for religious autonomy,” Alito wrote.

The definition of minister “should apply to any ‘employee’ who leads a religious organization, conducts worship services or important religious ceremonies or rituals, or serves as a messenger or teacher of its faith,” Alito said. “If a religious group believes that the ability of such an employee to perform these key functions has been compromised, then the constitutional guarantee of religious freedom protects the group’s right to remove the employee from his or her position.”