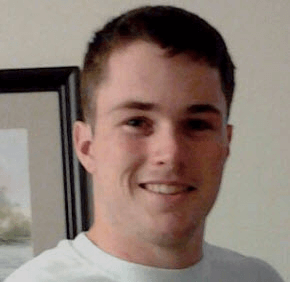 Austin Luera had just begun his first semester at the University of South Carolina when the 18-year-old Loyola Blakefield graduate learned that his bone marrow was a match for an 8-year-old boy battling leukemia.

Luera, who was studying exercise science and participating in ROTC at the time, did not hesitate to help.

“I had a younger cousin who passed away at a very young age due to a brain tumor and my family has been very involved in fundraising efforts to assist other families as they struggle through the hardships that come along with having children battling a life-threatening illness,” Luera said. “As soon as the situation was explained to me, I made the decision to become a bone marrow donor.”

Luera, ‘12, and some 70 of his Loyola Blakefield classmates participated in a “Senior Swab Day” back in May at the Towson all-boys school. The effort was organized by Dan McLaughlin, ‘14 and Danny Finley, ‘14 , in honor of their classmate Joe Gorman, ‘14, who died in March of 2011 after a struggle with a rare form of leukemia. Joe inspired his fellow students to help raise funds to find a suitable donor, and his classmates continue to organize drives to get others to swab and enter into the donor database.

Joe was the recipient of the “Children’s’ Hope Medal of Honor” presented by Heroes of Hope, a program under the World Health Foundation for his part in inspiring and assisting in a bone marrow drive that resulted in the registration of nearly 900 new bone marrow donors.

When it came time to volunteer to be swabbed, Luera, who played rugby, indoor track and was in the Outdoorsman Association and Environmental Club while at Loyola Blakefield, did not hesitate.

“There is nothing inconvenient about getting swabbed and being entered as a donor,” said Luera. “It’s something that anyone can and should do.”

In mid-September of Luera’s first semester at USC, his mother received a call from a German bone marrow donor center (DKMS) that had identified Luera as a match to an 8-year-old boy battling leukemia.

When Luera heard the news, he immediately knew that this was his chance to help save a life. Working with a medical team at Georgetown University, Luera underwent several additional screenings, sometimes stopping into his campus wellness center to have tests administered then shipped north for further evaluation.

“The coordination and understanding between the medical staff, the wellness center at the university and DKMS was amazing and made this process run very smoothly,” Luera said.

After weeks of waiting, Luera was set to travel to Georgetown for his bone marrow procedure.

“I was fully committed to the process, but admittedly asked the doctors to tell me as little as necessary about the procedure,” Luera said. “Essentially they made two incisions on either side of my hip bone and went in 15 times on each side to extract the necessary amount of bone marrow.”

Although aware of the eventual pain and discomfort following the procedure, Luera is thankful to have the support of his teachers and ROTC instructors.

“There is a period of recovery and everyone at the university could not be more understanding,” Luera said. “The healing process has gone fast and I’ll ease back into physical training soon.”

Any after-effects of the procedure were never part of the equation in Luera’s decision.

“I might feel a little pain for a few weeks, but when you have a young person dealing with something much more serious, you need to think beyond yourself and do whatever you can to help them,” Luera said.