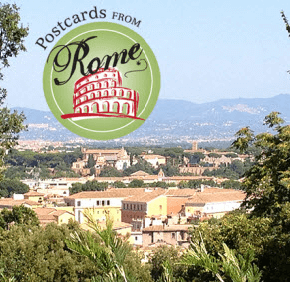 A long tradition in Rome is the mass exodus during the month of August. The streets are nearly empty and many businesses are closed. Most Romans go to the beach or the mountains to beat the heat. Even the Holy Father literally “heads for the hills.”

Pictured here are the Alban Hills taken from Rome. The pope’s summer residence in the town of Castelgandolfo is located on the highest of these hills. At his weekly Angelus there on the last Sunday of August, Pope Benedict XVI greeted the new students of the Pontifical North American College, including Kevin Ewing from the Archdiocese of Baltimore.