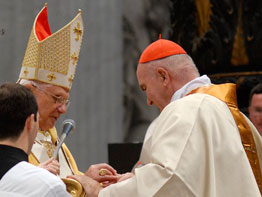 The Vatican announced their appointments June 12.

The pope appointed Cardinal DiNardo to be a member of the Pontifical Council for Migrants and Travelers.