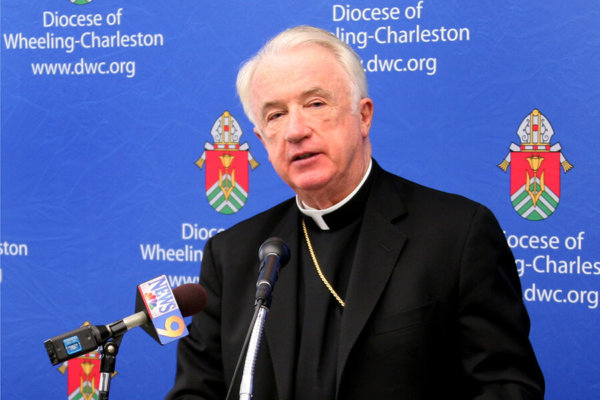 Bishop Michael J. Bransfield of Wheeling-Charleston, W.Va., is seen in this 2012 file photo. On July 19 the Vatican announced disciplinary measures for the bishop, who retired in 2018 amid allegations of sexual misconduct and financial improprieties. (CNS photo/Tim Bishop, Catholic Spirit)

WASHINGTON (CNS) — The Diocese of Wheeling-Charleston announced July 19 sanctions from the Vatican — including taking away the faculties of celebrating Mass — against a former West Virginia bishop who stepped down last year under a cloud of allegations of sexual and financial misconduct.

In a posting on its website, https://dwc.org, the diocese said that retired Bishop Michael J. Bransfield can no longer reside in the Diocese of Wheeling-Charleston, nor participate “anywhere in any public celebration of the liturgy” and has an obligation to make amends for “some of the harm he caused.”

The brief statement said the disciplinary measures were made based on the findings of an investigation but did not release details.

“The Holy See expresses its sincere concern for the clergy, religious and laity of the Diocese of Wheeling-Charleston,” the statement said.

The statement, released under the letterhead of the Apostolic Nunciature of the United States of America, references a “preliminary investigation into allegations of sexual harassment of adults and of financial improprieties” by Bishop Bransfield.