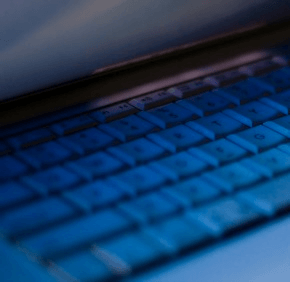 By Christopher Gunty
editor@CatholicReview.org
Pope Francis named two new auxiliary bishops for the Archdiocese of Baltimore: Monsignor Mark E. Brennan, pastor of St. Martin of Tours Parish in Gaithersburg, in the Archdiocese of Washington; and Monsignor Adam J. Parker, current vicar general and moderator of the curia in Baltimore. The appointments were announced Dec. 5 in Washington by Archbishop Christophe Pierre, apostolic nuncio to the United States.
At the same time, the pope accepted the resignation of Bishop Denis J. Madden, auxiliary of Baltimore since 2005. Bishop Madden (pictured below) submitted his resignation on his 75th birthday in March 2015, as is the custom for bishops, but it was not accepted until the appointment of the new auxiliaries.

Baltimore Archbishop William E. Lori expressed his gratitude to the Holy Father for the appointments of the new bishops, which he called “an early Christmas gift” from the pope. “This is a joyous and blessed day for our archdiocese,” the archbishop said.
The bishops-designate will be ordained Jan. 19 at the Cathedral of Mary Our Queen in Homeland.
Bishop-designate Parker was born Jan. 13, 1972, in Cleveland, Ohio, and was raised in Severna Park. He was ordained to the priesthood for the Archdiocese of Baltimore in May 2000 and was made a monsignor in September 2011. He will be 45 when he is ordained a bishop.
Bishop-designate Brennan was born Feb. 6, 1947, in Boston. He was ordained a priest of the Archdiocese of Washington in May 1976. He will turn 70 a few weeks after the ordination.
Both men spent a portion of their seminary training at the Pontifical North American College, a seminary in Rome just up the hill from the Vatican.
This is the third time that the Archdiocese of Baltimore has had two new auxiliaries appointed on the same day; it also happened in 1976 and 1984.
Archbishop Lori said the archdiocese has been blessed by the dedicated service of Bishop Madden. “I’m pleased that he will continue serving our local church as our beloved auxiliary bishop emeritus,” the archbishop said. “I am grateful for his selfless service and his willingness to continue serving God’s people and I look forward to our continued work together.”
‘Life changes in an instant’

Bishop-designate Parker said he received a call from Archbishop Pierre Nov. 28. “He said initially, ‘I have some very good news for you, very exciting news for you and good news for the Archdiocese of Baltimore. The Holy Father has nominated you as an auxiliary bishop of the archdiocese.’ He was very jovial in the course of the conversation and very much upbeat,” he said.
“And then he asked me the question: ‘Do you accept?’ and I told him that I do accept and I pledged my fidelity to the Holy Father and thanked him for the call,” the bishop-designate said.

He said he was initially stunned, but noted that there had been rumors he might be chosen. “Obviously there are always rumors and speculation about auxiliaries. It’s been two years that we’ve been waiting, and so, you hear the rumors and you wonder. But at the same time, when that call comes and your life changes in an instant – really just in the blink of an eye – I have to admit it took me a few moments where I just needed to sit down by myself here in the office and consider and pray about what had just happened,” he said.

He then went to find Archbishop Lori, because he would have been informed in advance of the nominations. “I walked into his office and he was standing there and he looked at me and said, ‘Your excellency, my brother, congratulations’ and gave me a big hug.”

Bishop-designate Parker said it was a little hard for him to focus on the rest of his regular schedule of meetings that day.

A couple days after he received the call, he and the archbishop and a couple of others were meeting to discuss details of the announcement and ordination. Noticeably choking up, he said, “It’s a little emotional for me to think about it. It was during that meeting that it started to become more real.”

He said he has often prayed throughout his priesthood, “Thy will be done.”

“That’s what I’ve tried to pray since the moment I was ordained because my ordained ministry has included so many surprises. Joyful surprise, but real surprises.”

Now, there are many details to consider, including the selection of an episcopal motto – for which “Thy will be done” is a leading contender, he said – and the design of a coat of arms.

He said a few models of archdiocesan leadership are being considered that would allow him to remain vicar general and moderator of the curia.

“My real desire is to have a real pastoral presence in the archdiocese in addition to my role here as vicar general and moderator of the curia,” Bishop-designate Parker said. “By that I mean making visits to parishes, celebrating Sunday Masses in parishes throughout the archdiocese, celebrating confirmations – which I’m really excited about doing – and also engaging my relationship with my brother priests at a deeper level.”

Archbishop Lori said he has been “blessed to work with Bishop-elect Parker on a daily basis for much of my time since arriving as Archbishop of Baltimore. … Bishop-elect Parker is widely regarded by his co-workers and fellow priests and is well-prepared to assume the duties of auxiliary bishop, while continuing to manage the day-to-day operations of the Central Services offices of the archdiocese.”

Bishop-designate Brennan said getting the call from the nuncio about his nomination as a bishop was “a total shock – total shock.” Considering his stage of life and what he called “modest attainments” in the priesthood, “I was certainly not expecting to be named a bishop by Pope Francis – or anyone else. So, it really took me completely by surprise.”

He said, “You don’t get much time to react. It ran through my mind, ‘Should I say no?’ I thought, I’ve always tried to do what the church asked of me, so if this is being asked of me now, if I don’t have a serious reason to decline, then I think I should accept, so I did.”

St. Martin of Tours Parish is known for welcoming people of various cultures, with Masses in English, Spanish and French. The bishop-designate speaks all three languages.

“I only say I’m fluent in English. There’s a saying in Spanish, ‘me defiendo,’ – ‘I defend myself.’ So, I am adequate in Spanish.” He added that he is not as fluent in French as in Spanish, so when he goes from the French Mass to the Spanish Mass, “I feel like I’ve come home. It does flow a little better in Spanish.”

The parish has a soup kitchen, a food pantry and a tradition of direct service to people in need.

Bishop-designate Brennan said he hopes to bring a love for immigrants to his ministry in Baltimore, noting that as a history major in college, he studied the experience of immigrants – especially Italian, Irish and Polish, at that time – and later as a priest worked directly with people coming to this country.

“As a priest, especially the last 30 years or so, I’ve really found I’m experiencing what I studied about as a young college guy,” he said. “You try your best to help them adapt appropriately to this country, work through the typical problems that immigrants have adjusting to a new language, a new climate, a new culture – all kinds of things.” He said immigrants bring so many good things to our country, which he called “a culture still in formation.”

Bishop-designate Brennan said Archbishop Lori has asked him to be available for the Hispanic community “to do what I can to strengthen the ties of the Hispanic Catholics to the archdiocese and to the parishes. So, I’m going to have to visit people and talk with people and see what’s going on, get to know the lay of the land.”

He said he’s not a complete stranger to the Baltimore archdiocese. His grandmother grew up in Cumberland, and he has a brother and sister-in-law living in Frederick. Before the Washington Nationals came to the D.C. area, he traveled to Baltimore for Orioles’ games, “so they’re my American League team.”

He has not given much thought yet to an episcopal motto. “It’s a big change – really completely unexpected. I never thought this would be happening… Pope Francis is different isn’t he?” Bishop-designate Brennan mused.

He said the Church of Washington has appreciated Monsignor Brennan’s achievements “as pastor of St. Martin of Tours Parish in Gaithersburg, as well as service over the past 40 years in parishes from Potomac to Bowie to the District of Columbia.

“Together with the clergy, religious and lay faithful of the Archdiocese of Washington, I offer heartfelt congratulations to Monsignor Brennan,” Cardinal Wuerl said. “We will miss him, but know that the Archdiocese of Baltimore will be gaining a fine pastoral leader. He brings with him our prayers for his success.”

Archbishop Lori also recognized Bishop-designate Brennan’s four decades of priestly service “in a variety of settings, including most recently as pastor of a large parish with a significant Spanish-speaking population.”

Cardinal Edwin F. O’Brien, grand master of the Equestrian Order of the Holy Sepulcher and archbishop emeritus of Baltimore, worked closely with Bishop-designate Parker when he was his priest secretary in Baltimore and when the cardinal was assigned to Rome in 2012.
In an interview from his office in Rome, Cardinal O’Brien called the appointment, “very, very good news.”

Though Bishop-designate Parker considers the cardinal a key mentor, Cardinal O’Brien said of him, “In many ways he was a mentor to me. In a major way he introduced me to the Archdiocese of Baltimore and its traditions and its clergy and its parishes.”

He said Bishop-designate Parker has great a instinct for the archdiocese, its history and its needs. He saw in his secretary great ability and generosity, coupled with a personality able to accomplish positive things.

“I don’t how many challenges and problems might have become crises that he had taken care of before I even knew it,” the cardinal said. “It’s a great ability he has had to take on some difficult situations and do it with a great sense of fairness and justice and humor and keep the ship going forward.”

He added that Bishop-designate Parker has “great experience as a pastor and an administrator, helping me there in Baltimore and certainly in preparing me here in Rome for the several years we worked together.

“I hated to lose him to the archdiocese (when Monsignor Parker returned from Rome in 2013) but I saw it was for his good and the good of the archdiocese and I couldn’t be selfish,” Cardinal O’Brien said. “I understood completely the need the archbishop had for someone like him. He was well-received and I think he’s still received very positively by everybody there, and I think he will be a great help to Archbishop Lori in the years ahead.”

When then-Monsignor O’Brien was rector of the North American College in the early 1990s, he got to know Bishop-designate Brennan – then director of priestly vocations for the Archdiocese of Washington – when he would visit Washington seminarians in Rome. “It’s a good choice. I think he will be well-received in Baltimore as he will be lost as a good pastor in Washington.”

Both bishops-designate plan to take a spiritual retreat before their episcopal ordination. Bishop-designate Parker said it is a significant moment to ask again, “Hey, Lord, what are you calling me to do now?”