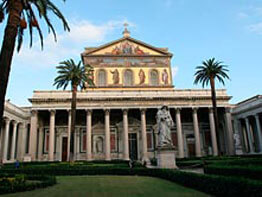 VATICAN CITY – Catholics who participate in events connected with the 2008-2009 jubilee year of St. Paul can receive a special indulgence, the Vatican said.

Pope Benedict XVI authorized the granting of a plenary, or full, indulgence in order to highlight the Pauline year and open the way to the “interior purification” of the faithful during its celebration, a May 10 Vatican decree said.

The decree was signed by U.S. Cardinal J. Francis Stafford, head of the Vatican tribunal that deals with indulgences and with matters related to the sacrament of penance.

An indulgence is a remission of the temporal punishment a person is due for sins that have been forgiven.

The plenary indulgence is being offered to pilgrims who come to Rome, to Catholics who participate in local events connected to the jubilee year, and to those who may be too ill or otherwise prevented from physical participation.

Cardinal Stafford said conditions for the special Pauline year indulgence include the normal requirements set by the church for all plenary indulgences: that the person goes to confession, receives the Eucharist and prays for the intentions of the pope.

The decree explained in detail some specific requirements for the plenary indulgence:

– Those visiting the Basilica of St. Paul Outside the Walls in Rome in the form of a pilgrimage must offer personal prayers before the Altar of the Most Blessed Sacrament; they must also recite the Our Father and the Creed in front of the Altar of the Confession, adding invocations to honor Mary and St. Paul.

– The Catholic faithful in any local church can obtain the indulgence by participating with devotion in a liturgy or other public event dedicated to St. Paul – in any sacred place on the opening and closing days of the jubilee year, and on other days in places designated by the local bishop.

– Catholics impeded by sickness or other serious cause, as long as they have the intention of fulfilling the other conditions as soon as possible, can obtain a plenary indulgence by joining spiritually in a jubilee celebration in honor of St. Paul and offering their prayers and suffering for Christian unity.