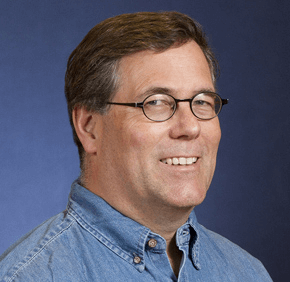 By Catholic Review Staff
Notre Dame of Maryland University in Baltimore has named John Rivera its new Director of University Communications. Rivera previously led the communications team at Baltimore-based Catholic Relief Services, the international relief agency of the U.S. Conference of Catholic Bishops.
Prior to CRS, Rivera worked as an editor and reporter at The Baltimore Sun, where his assignments included religion, and the Los Angeles Times. Prior to his journalism career, according to a news release from NDMU, Rivera was a member of the Carmelites, teaching in elementary and secondary schools, serving as chaplain in a juvenile detention facility, and working in El Salvador with people who had been displaced by that country’s civil war.
Rivera holds a masters in theology from the Washington Theological Union and a bachelors in journalism from California State University. He sits on the Board of Directors of Catholic Review Media, publisher of the Catholic Review.
“Notre Dame of Maryland University is an institution with a great narrative to be told,” Rivera said. “I want to ensure that it achieves the powerful voice it deserves.”
See also:
With roots in WWII, Catholic Relief Services marks 70 years
PrevNext