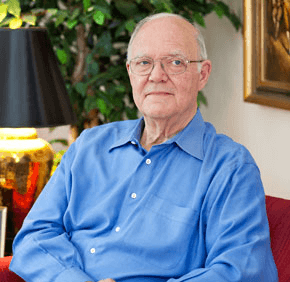 One year after his wife’s death and after trying to cope on his own, Bob Glatz was ready for professional counseling.

“I don’t know how people get past it (the death of a spouse) without professional help,” said Glatz, 69, of Towson. “I don’t know where I would be without it. Every element of my life is back together again.”

After a loved one dies, most people experience five stages of grief – denial, anger, bargaining, depression and acceptance. Grief counselors emphasized the importance of talking to friends and family members or seeking professional counseling to help them cope.

Sherry Parrish, director of resident life at Charlestown Retirement Community in Catonsville, said the five stages are “a tool to understand” emotions, but there is no prescription for how to grieve.

“Grief is the price you pay for love,” Parrish said. “Grief is when a piece of who you are is lost.”

From December 2011 to March, Glatz attended individual and group counseling at Gilchrist Hospice Care in Hunt Valley. His wife of 48 years, Loretta Glatz, died in December 2010 after four years with breast cancer.

“I had the incentive of hitting rock bottom,” said Glatz, a parishioner of Church of the Immaculate Conception, Towson. “I was grieving the loss of my identity and I totally immersed myself in this. I listened, I challenged, I got excited. I got back in touch with myself.”

The surviving spouse, family members and friends should continue to talk about the person, during family gatherings, for example, Parrish said.

“You keep living,” Parrish said. “You still love them; you keep their life alive through remembering who they are.”

The surviving spouse should be open to “the love of your friends (and family) around you” to aid in the healing process, Parrish said.

“If you can be open to it, you will heal faster,” Parrish said.

“I don’t know how people do without it,” said Sewell, 62, of Cockeysville. “The fog you are in is incredible.”

Sewell’s husband, John Sewell, died unexpectedly in September 2010 from sepsis; he had Non-Hodgkin’s and Hodgkin’s lymphoma.

From October 2010 until February, Sewell participated in a bereavement group, a journaling class and individual counseling at Gilchrist.

“I don’t think I could ever accept the way he died,” Sewell said, “and the young age he died and so forth. But I can deal with it.”

Sewell said she also knew she didn’t want to spend the rest of her life angry, bitter and mean.

“I think I could have very well been (like that) had it not been for the support of Gilchrist,” Sewell said. “The only thing I want for the future is to be productive and useful and have a purpose.”

Women tend to be “very in touch with their feelings,” Derkasch said, while men “don’t focus on emotions as much and are less likely to reach out and talk to someone.”

People “want some structure around the grief process – there isn’t one,” Derkasch said.