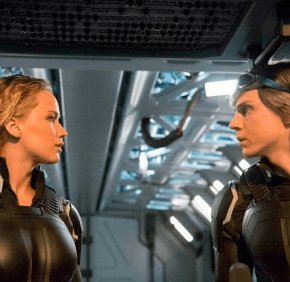 NEW YORK – One can only hope that “X-Men: Apocalypse” spells not the end of the world, as the title implies, but the conclusion of this tiresome franchise.
After all, how much more global destruction and superhuman angst can a reasonable moviegoer take?
Directed by Bryan Singer from a script by Simon Kinberg, this ninth film in the Marvel Comics series (which includes 2016’s “Deadpool” and the “Wolverine” movies), raises the bar on mindless mayhem. It lays waste famous landmarks – there goes the Brooklyn Bridge, again! – in eye-popping 3-D to the backing of a soundtrack that will have viewers longing for some aspirin.
It’s a bloated, violent, and often confusing adventure, chock full of so many characters that a “Who’s Who”-style guide would come in handy – at least for those who care.
“Apocalypse” picks up a decade after 2014’s “X-Men: Days of Future Past.” Devoted fans of the earlier film, its action set during the Nixon Administration, will recall that, by its conclusion, mutants (those born with superhuman abilities) had saved the planet and appeared to have made their peace with ordinary humans.
Now it’s 1983, and all seems right with the world. Professor Charles Xavier (James McAvoy) is headmaster of the School for Gifted Children, a safe haven for mutants learning how to control their powers.
Among Xavier’s students are the telekinetic Jean Grey (Sophie Turner); Scott Summers (Tye Sheridan), nicknamed “Cyclops” for his fiery optic nerves; and Hank McCoy (Nicholas Hoult), whose alter ego, “The Beast,” really needs no introduction beyond his moniker.
Meanwhile, in Poland, Charles’ friend and rival, Erik Lehnsherr (Michael Fassbender), has settled down, raising a family and living a quiet life. But domestic bliss and comic books do not mix. So, before you can say “Great Caesar’s ghost!” (oops – wrong comic), Eric returns to his old ways as “Magneto,” manipulator of metal objects and magnetic fields.
All this coincides with some strange happenings in Egypt. Overzealous archeologists unearth the body of the world’s first mutant, who bears the cheery name Apocalypse (Oscar Isaac). He’s been asleep for five thousand years, which means he’s rested and ready for an all-out assault on humanity.
“Everything they’ve built will fall! From the ashes of this world we will build a better one!” he cackles.
Like any comic book megalomaniac, Apocalypse has a serious god complex. In this case, he claims to be God himself: “I’ve been called many things over many lifetimes: Ra, Krishna, Yahweh. I was there to spark and fan the flame of man’s awakening, to spin the wheel of civilization.” Hooey.
Borrowing a page from the Book of Revelation, Apocalypse seeks out four “horsemen” as his assistants. Magneto signs on, as do Psylocke (Olivia Munn), a ninja assassin; the winged punk-rocker Angel (Ben Hardy); and the aptly named Storm (Alexandra Shipp). Unlike the multitudes who merely talk about it, Storm really can do something about the weather.
The stage is set for an epic battle. Beefing up Charles’ side are two tough ladies: the shape-shifting mutant Raven (Jennifer Lawrence) and canny CIA agent (and former love interest) Moira MacTaggert (Rose Byrne).
Perhaps to remind impressionable viewers that Apocalypse is not, in fact, divine, one good mutant, Nightcrawler (Kodi Smit-McPhee), is shown praying to the real Deity for deliverance from all this evil. As Armageddon unfolds onscreen, weary viewers, sinking deeper into their seats, may find themselves uttering a similar prayer.
The film contains mostly stylized gun and physical violence, potentially confusing religious references, body-suit costuming, at least one rough term and fleeting profane and crude language. The Catholic News Service classification is A-III – adults. The Motion Picture Association of America rating is PG-13 – parents strongly cautioned. Some material may be inappropriate for children under 13.