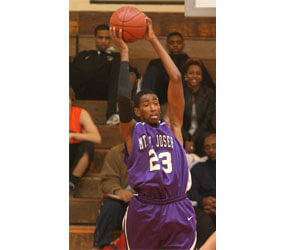 The Feb. 28 semifinals match Mount St. Joseph against the Gibbons-Spalding winner, 6:45 p.m.. The other first-round winners meet at 8:30 p.m.

The March 1 championshp game tips off at 7 p.m.

Atkins, a senior guard headed to Notre Dame University, was honored at the BCL banquet Feb. 23 at Snyder’s Willow Grove in Linthicum.