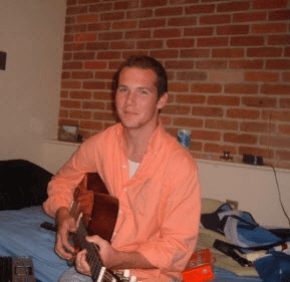 When Christopher Gregory walked out of the Motor Vehicle Administration with his driver’s license in 2006, he also left as an organ donor.

That decision has touched the lives of dozens of people.

Gregory, who graduated from Mount St. Joseph High School in 2007, died unexpectedly in March 2008 from a brain aneurysm at age 19.

During a Nov. 1 assembly at the Irvington school, about 500 juniors and seniors heard from Gregory’s parents and two of the five people who received his organs.

Grace Gregory, Christopher’s mom, described her son as practical and “super proud” to be an organ donor.

“Organ donation just made perfect sense to Christopher,” she said. “He literally lives on.”

“He understood there’s no greater privilege than to serve someone who needs it,” said Eric Gregory, Christopher’s father, who lives with wife, Grace, in Arizona.

Christopher was a student at Loyola University New Orleans when he died, and his organs went to patients in that region of the United States.

“He (Christopher) is my hero,” said Whitacre, who lives in Louisiana. “He saved my life. Chris made an unselfish choice. He changed my life forever.”

Bacardi, a resident of the Bahamas and a member of the Bacardi family that produces rum and other spirits, said that the day after his double lung transplant, at age 63, he took his “first proper breath.”

He credits God and Christopher’s decision to become a donor with making that possible.

“It’s all because a Mount St. Joseph graduate thought beyond himself,” Bacardi said.

Three other people have received Christopher’s organs, including his heart, liver and a kidney. In addition, two others received his corneas and countless more have received tissue.

According to the U.S. Department of Health and Human Services, deceased donors can provide their kidneys, pancreas, liver, lungs, heart and intestines, which can be used to save up to eight lives.

Since receiving their transplants in 2008, Whitacre and Bacardi have furthered Gregory’s legacy.

Whitacre founded the HERO (Help Everyone Receive Organs) Movement, an initiative dedicated to Christopher that works to increase awareness and organ donor registration. Bacardi and his wife, Leslie, donated $6 million for construction of the Gabriel House of Care at the Mayo Clinic in Jacksonville, Fla.

18: people who will die each day waiting for an organ

8: the number of lives one organ donor can save

To learn about organ donation, visit organdonor.gov or donatelife.net.

Day of ‘Prayer and Pampering’ gives caregivers a much-needed break