History of the Propagation of the Faith

In France in the early 19th century, Pauline Jaricot, inspired by letters about the Missions from her brother, Phileas, started gathering small groups of people–mostly workers in her family’s silk factory. She asked each member of the group to offer daily prayer and a weekly sacrifice of a sous (the equivalent of a penny at that time) for the Church’s worldwide missionary work. Pauline insisted that her efforts be directed to all the Church’s missions– that it be universal.

As described by Pope John Paul II, World Mission Sunday is “an important day in the life of the Church because it teaches how to give: as an offering made to God, in the Eucharistic celebration and for all the missions of the world” (see Redemptoris Missio 81).

Your ongoing support of the Society of the Propagation of the Faith is vital to the missionaries in dioceses around the globe. Your generosity makes it possible for local priests, religious, and catechists to reach out to communities, families, and children in desperate need, bringing the light of Christ to the darkest of circumstances! 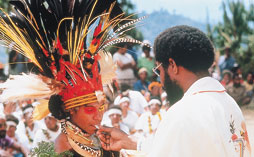 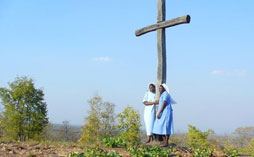 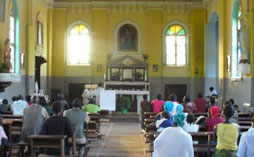