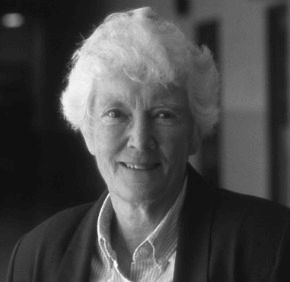 By Erik Zygmont
ezygmont@CatholicReview.org
Mercy Sister Marie Foley, who served students, parents and faculty at Mercy High School in Baltimore for 40 years, died Jan. 15 at the Villa retirement convent in Baltimore. She was 86.

“Sister Marie was just absolutely, completely and totally dedicated to Mercy High School,” remembered Mary Beth Lennon, president of the all-girls school and a member of the class of 1985.

A native of South Dakota, Sister Marie first came to Baltimore in 1948 as a student at the former Mount St. Agnes College, according to an obituary written by her friend and colleague, Mercy Sister Augusta Reilly.

Sister Marie joined the Sisters of Mercy in 1950. After earning her bachelor’s degree, she began her ministry in 1953 as an elementary school teacher at the former Mount Washington Country School for Boys in Baltimore, Sister Augusta wrote.

After that, Sister Marie spent the next three years teaching elementary classes at St. Mary’s School, in Mobile, Ala. As the eldest of nine children, Sister Augusta, then in high school, got to know Sister Marie when she picked up her two younger brothers at St. Mary’s.

“Sister Marie had a way of encouraging people that was truly unique,” Sister Augusta, who now lives in Baltimore, told the Catholic Review.

She added that her brothers – one of whom became an FBI agent, the other an executive at Procter and Gamble – benefitted from the young nun’s tutelage.

“She made my brother, Danny, understand that if he worked he could do a lot with his life,” she said, “and he did.”

“She certainly was one of several sisters I admired,” she remembered, reflecting on her decision to join the order. “I loved what they were doing.”

When Sister Marie returned to Baltimore in the late 1950s, Sister Augusta wrote, she was singled out by her order’s provincial superior, Mother Stella Maris Bergin, as “just the person to answer the growing demand for developing special education programs at Catholic elementary schools.”

Sister Marie taught and eventually headed special education programs in both the Baltimore and Atlanta archdioceses into the early 1970s, according to Sister Augusta.

After earning a master’s degree in psychology and special education and taking a sabbatical of independent study, Sister Marie began her four decades on the faculty at Mercy High School in 1973.

Mercy Sister Carol Wheeler, who served as Mercy High School’s president and principal for 36 years, starting in 1977, remembered Sister Marie’s ability “to be both challenging to kids and supportive at the same time.”

She described walking into a meeting between Sister Marie, a student and her parents and being “amazed.”
Sometimes, Sister Carol added, students who were advisees of Sister Marie would bring their friends to her as well, “because they thought they needed Sister Marie.”

She didn’t limit her support and encouragement to students. When a parent was struggling with the apparent heedlessness of a daughter, Sister Marie told them to keep guiding them.Her saying was, “Everything goes in,” according to Sister Carol, meaning that despite appearances, children were listening to their parents.

“Sure enough, parents would often later tell Sister Marie later that something had confirmed that she had been right,” Sister Carol said.
Sister Marie was the same source of confident assurance to her friends.
Sister Augusta noted that very recently she had told Sister Marie, who was then suffering from Alzheimer’s disease, about a problem she was having on a board on which she was serving.
“She just looked me in the eye – she had a fierce way of communicating belief in you – and she said to me, ‘You can handle this,’” Sister Augusta remembered.
Visitation will be offered Jan. 29, 3-5:30 p.m. at Mercy Villa, (6806 Bellona Ave.). A 5:30 p.m. prayer service will be followed by a reception that same day. A funeral Mass for Sister Marie will be offered Jan. 30, 1:30 p.m., also at Mercy Villa.