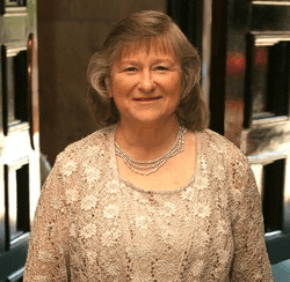 Bernadette Gietka|
.
By Maria Wiering
mwiering@CatholicReview.org
UPDATED: Aug. 12, 2014 at 3:30 p.m.: Dundalk resident Bernadette Gietka was a letter carrier for the U.S. Postal Service and aspiring playwright working four part-time jobs in June 2003 when she won the $183 million jackpot from the Mega Millions interstate lottery game. She chose the cash payout option of $112.8 million, taking home $76 million after taxes. Her win was the fourth largest in state history, a windfall both for Gietka and the charitable causes she championed.
Gietka died Aug. 10 in Phoenix, Md., at age 65. A funeral Mass will be offered Aug. 15 at 10 a.m. at Holy Rosary in Fells Point.
Shortly after winning the lottery, Gietka established Mary’s Fund Foundation to promote religious and pro-life activities. Baltimore-area parishes, the School Sisters of Notre Dame, the Archdiocese of Baltimore and Towson University were among its beneficiaries. Her mother, Catherine Gietka, was the foundation’s president.
Known as “Bernie” to friends, Gietka was born Sept. 6, 1948, in Baltimore. She was the youngest of three children born to Bernard J. and Catherine (Sherba) Gietka. Her siblings, Gerald Gietka and Lynda Ruszala, were active in Mary’s Fund.
Gietka told the Catholic Review in 2003 she won the lottery three weeks after praying God would provide funding for a pro-life musical she hoped to write.
A lifelong member of Holy Rosary, Gietka attended Holy Rosary Elementary School and Villa Regina Academy, a Baltimore boarding school for women aspiring to enter the School Sisters of Notre Dame. She graduated in 1967 but did not enter religious life.
School Sister of Notre Dame Marta Adams, who graduated from Villa Regina with Gietka, described her classmate as someone “down to earth” and dedicated to her mother who maintained “a deep love” for the School Sisters of Notre Dame.
“She did a lot of quiet generosity, the kinds of things that people didn’t even know about,” Sister Marta said. “She never flaunted her wealth. She just tried to do good with it.”
In 2008, Gietka sponsored a Villa Regina reunion, buying her classmates class rings, which they did not receive in high school. Sister Marta called hers “a treasure.”
“I don’t think the money changed the personality of who she was,” she said. “I know nobody is perfect, but Bernie really strove to be a good Christian. She had a deep devotion to the church.”
She was an accomplished pianist who studied at Peabody Institute in high school and, for a short time, the College of Notre Dame of Maryland, and taught music for a time at Holy Rosary. A nod to her love of music, Gietka donated a Steinway piano – as well as a tractor, electric stairs and exercise equipment – to the School Sisters of Notre Dame’s Baltimore motherhouse.
Sister Rita Bueche, the School Sisters of Notre Dame’s liturgy coordinator, said the Steinway replaced a very old piano.
“We were looking for a simple one, but she wanted to get us a very good one,” she said. “She gave us this absolutely wonderful baby grand piano. We use it everyday during our services.”
Sister Rita added: “The arrival of the piano opened up so many opportunities for people to share music at the Villa (Assumpta),” the sisters’ motherhouse.
Gietka also donated two Steinway pianos to the Notre Dame of Maryland University in Baltimore. The institution conferred an honorary doctoral degree upon Gietka in 2010, calling her “a musician with a keen ear for listening to the word of God.”
“Music was definitely her passion and her love, and she brought people together regularly to be able to enjoy performances in Baltimore,” said Patricia Bosse, Notre Dame’s vice president for advancement and marketing.
Though “generous, thoughtful and kind,” Gietka was “extremely private,” Bosse said. “She wasn’t someone who wanted to take the spotlight.”
Christine Grabowski, a Holy Rosary corporator, said Gietka was “very genuine” and passionate about her parish, where she helped to fund the annual Polish festival and the restoration of its Stations of the Cross.
Gietka’s Catholic faith directed her generosity. She told the Catholic Review that “anytime I need help, the Holy Spirit never lets me down – never.”
In 2003, Catherine Gietka described her daughter as a “good girl” and “hard worker” who cared for elderly people in their homes.
Gietka is preceded in death by her father, who died in 2006.
Viewings will be held Aug. 12 from 7 to 9 p.m.; and Aug. 13 and 14 from 3 to 5 p.m. and 7 to 9 p.m. at David J. Weber Funeral Homes, 401 S. Chester St., Baltimore. Internment at Holy Rosary Cemetery will follow the Aug. 15 funeral.
Also see:
Son of Mount Carmel remembered as natural leader
Glyndon area players bring Broadway to Sacred Heart
PrevNext