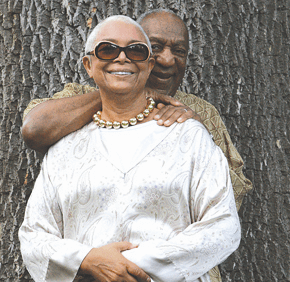 By George P. Matysek Jr.
gmatysek@CatholicReview.org
The contrasts between class and classlessness couldn’t have been any sharper than during the Nov. 19 broadcast of The Daily Show with Jon Stewart.
The late-night program opened with profanity-laced wisecracks about the disgraced, crack-smoking mayor of Toronto. That was followed by off-color jokes and ribald graphics about a newly designed stadium in Qatar that Stewart said resembles part of a woman’s anatomy. Throughout, the faux newsman and his correspondents made vulgar references, with Comedy Central bleeping, by my count, 17 profanities in about 15 minutes.
Now, don’t get me wrong. I’m no prude. I often find Stewart hilarious, especially when he makes light of hypocrisy or points out the ridiculous, but it seems to me the popular host is increasingly pushing the boundaries of good taste. Can’t come up with a thoughtful joke? Throw in a random cuss word or go to the locker room for the cheap laugh.
Given that setup, Bill Cosby’s appearance on the Nov. 19 show was refreshing. The comedic legend, who made a name for himself with humor focused on marriage, family and everyday life, seemed quite aware of his status as an outsider. The grizzled veteran gently chastised Stewart for the language he used at a joint appearance at a recent benefit show for wounded warriors.
“I’m 76 years old,” Cosby said. “What you have to understand, Jonathan: from whence I cometh, when people cursed, the next thing that was gonna happen was somebody was gonna hit you. See, now there’s a whole new culture. People curse and they laugh. But for me, when you were cursing, I started crying.”
One of the funniest things I’ve ever seen was a Catholic Review video of an appearance Cosby made at St. Frances Academy in Baltimore last year when the inner-city school named a building after Cosby and his wife, Camille. The Cosbys have been strong supporters of the educational ministry of the Baltimore-based Oblate Sisters of Providence for many years.
In addressing his audience, Cosby poked fun of the nuns and their reputation as disciplinarians.
“What I’ve heard is that they mean business when they come riding into town,” the Protestant comedian deadpanned before looking skyward. “Because they know somebody – who’s up there.”
Cosby noted that when he gives performances in Baltimore, the habit-clad Oblates inevitably show up.
“I was never consulted about giving them free tickets,” he said. “They were there, they said, to support me, but when I looked at the money count, I noticed there was a debit – to the Lord!”
Cosby, in mock anger that had audience members wiping away laughter-induced tears, repeatedly demanded the sisters give his money back.
“I’m not impressed with my name over a building if I have no money,” he said. “I will bring little children here – Protestant ones, and say, ‘see what the Catholics did to me?’ Now give me 50 cents.”
Calling it a “pleasure to sit here and act like I’m happy,” Cosby said his Baltimore visit “has not been a good occasion for me – in the name of Jesus.”
“And when I do see him,” he said, “I’m going to tell him about these things.”
Stewart and his ilk should take some lessons from the Cos.
George P. Matysek Jr. is assistant managing editor of the Catholic Review.
To read more Amen columns, click here.
Also see:
Five priests share their tips for slowing down in Advent
PrevNext