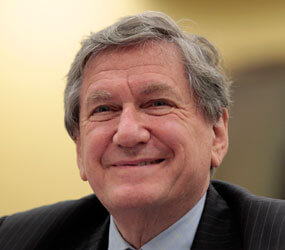 OXFORD, England – Two Catholic officials in the Balkans paid tribute to the late veteran U.S. diplomat Richard Holbrooke, but said he failed to secure a just peace in the region.

“I admired his energy over so many decades and his good will in creating the atmosphere for an accord to end the war here, which was probably the only achievable outcome at the time,” said Monsignor Mato Zovkic, vicar general the Archdiocese of Sarajevo, Bosnia-Herzegovina.

“But our subsequent experience, as Catholics, of U.S. diplomats was a bitter one, since they ignored our problems. On this point, he was no different than the majority of foreign politicians who came here,” he added in a Dec. 15 telephone interview with Catholic News Service.

Holbrooke, 69, died Dec. 13 after emergency surgery to repair a torn aorta. He had been serving as President Barack Obama’s special envoy to Pakistan and Afghanistan but was perhaps best known for helping negotiate the 1995 Dayton Peace Accords, which ended Bosnia-Herzegovina’s 1992-95 civil war.

Monsignor Zovkic said Catholic leaders had praised Holbrooke’s success in “physically transferring” the presidents of Bosnia-Herzegovina, Croatia and Yugoslavia to Dayton, Ohio, to reach agreement, but they later were disappointed by the “denial of equal treatment” to Croats in the new Bosnia-Herzegovina.

“The U.S. had to do something decisive here, since Europe wasn’t able to, and we can appreciate his positive role in motivating his government to take serious action,” Monsignor Zovkic said.

“But while the Dayton Accords helped end the war, they didn’t secure a just and durable peace, and this naturally affects our evaluation of Mr. Holbrooke’s efforts,” he said.

Monsignor Zovkic said he believed that, as an American, Holbrooke had failed to understand the “force of ethnicity” in the Balkans and the strong emotions attached to group identities.

The former secretary-general of the Croatian Catholic bishops’ conference, Monsignor Ilija Zivkovic, said he also believed most Serbs, Muslims and Croats had been dissatisfied with the peace agreement, with many believing Holbrooke had “created a state which doesn’t function properly.”

However, he added that that most Croats had viewed him as a “dedicated and capable person,” and he praised the veteran diplomat’s “great achievement” in brokering a cease-fire in Bosnia-Herzegovina.

“While he clearly followed U.S. interests, we must all be grateful that he extended the hand of U.S. involvement at a time when Europe was too weak to stop the war,” Monsignor Zivkovic, a professor at University of Zagreb, told CNS Dec. 15.

“At a diplomatic level, the U.S. is always well informed and understands political developments well. But it also genuinely tries to stop human misery when it can – and that’s what, however the critics may react, the Americans did in the Balkans.”

Catholics made up 18 percent of Bosnia-Herzegovina’s population of 4.3 million before the war; the country was 44 percent Muslim and 35 percent of Serbian Orthodox. The Catholic population currently is about half of its pre-war number.

In an Austrian news interview in May, Sarajevo Cardinal Vinko Puljic said Catholics faced worsening discrimination from the Muslim-led government. He said Bosnian Catholics had faced persistent problems obtaining building permits and said questions on religious affiliation had been left out of a national census, planned for 2011, “so as not to publicize the ethnic cleansing.”