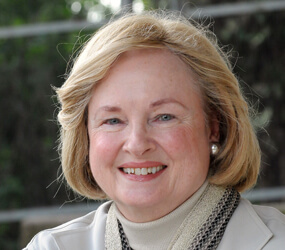 WASHINGTON – Citing concerns about plans to honor President Barack Obama despite his views on “fundamental principles of justice” that are contrary to Catholic teaching, former U.S. Ambassador to the Vatican Mary Ann Glendon has turned down the prestigious Laetare Medal from the University of Notre Dame.

In an April 27 letter to Holy Cross Father John I. Jenkins, Notre Dame’s president, Ms. Glendon said she will not participate in May 17 commencement exercises during which the award was to have been presented.

The letter, posted on the blog of the magazine First Things, does not mention specific justice principles, but Ms. Glendon was critical of Notre Dame’s decision to give President Obama an honorary degree.

President Obama supports legal abortion and his administration recently proposed new regulations that would allow the use of federal funds for embryonic stem-cell research. Both are in direct conflict with fundamental church teaching.

The Laetare Medal is presented annually to an American Catholic layperson for outstanding service to the Catholic Church and society.

A spokeswoman for the Indiana university confirmed April 27 that Ms. Glendon, who served as ambassador from 2007 until earlier this year, was the first person to accept and then later decline the award.

“We are, of course, disappointed, that Professor Glendon has made this decision,” his statement said. “It is our intention to award the Laetare Medal to another deserving recipient, and we will make the announcement as soon as possible.”

Ms. Glendon, professor of law at Harvard Law School, wrote that the Notre Dame’s decision to honor the president disregards a 2004 request from the U.S. bishops to Catholic institutions and organizations asking them “not to honor those who act in defiance of our fundamental moral principles.”

The former ambassador said she felt the bishops’ request is “reasonable” and does not seek to “control or interfere with an institution’s freedom to invite speakers and engage in serious debate with whomever it wishes.” As a result, she wrote, “I am at a loss to understand why a Catholic university should disrespect it.”

Ms. Glendon said she was also concerned that the university had issued “talking points” that implied that her acceptance speech for the award would “somehow balance the event.”

She quoted two statements from the university:

– “President Obama won’t be doing all the talking. Mary Ann Glendon, the former U.S. ambassador to the Vatican, will be speaking as the recipient of the Laetare Medal.”

– “We think having the president come to Notre Dame, see our graduates, meet our leaders and hear a talk from Mary Ann Glendon is a good thing for the president and for the causes we care about.”

Ms. Glendon wrote that a commencement is supposed to be a joyous day for the graduates and their families.

“It is not the right place, nor is a brief acceptance speech the right vehicle, for engagement with the very serious problems raised by Notre Dame’s decision – in disregard of the settled position of the U.S. bishops – to honor a prominent and uncompromising opponent of the church’s position on issues involving fundamental principles of justice,” the letter said.

In light of reports that other Catholic institutions also are choosing to disregard the bishops’ request, Ms. Glendon expressed concern that Notre Dame’s example “could have an unfortunate ripple effect.”

Ms. Glendon concluded her letter by saying that she would release it to the media without making any other comment “at this time.”

The university has been under nearly constant criticism since announcing March 20 that President Obama would speak at the commencement. Bishops, clergy, alumni and conservative Catholic organizations have mounted a campaign seeking to have the university revoke the invitation to the president. However, students have been reported to be enthusiastic about and supportive of the president’s upcoming appearance on campus.

The Laetare Medal has been awarded by the university since 1883 and is the university’s oldest and most prestigious award for lay Catholics.