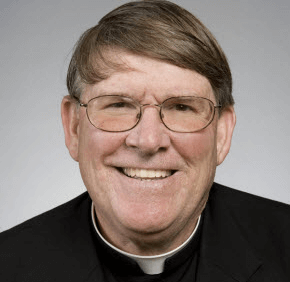 Monsignor John Enzler, president and CEO of Catholic Charities in Washington, D.C., and a graduate of Mount St. Mary’s Seminary in Emmitsburg, has been named “Washingtonian of the Year” by Washingtonian Magazine.

The native Washingtonian was recognized for his more than 40 years of experience as a priest, leader and advocate serving the needs of the most vulnerable, and for his work in starting many ministries where the need was unmet.

“We’re just getting started in how much good the community and Catholic Charities can accomplish together,” Monsignor Enzler said. “As a DC native, this is a great honor. And it reflects all the staff, volunteers and especially clients at Catholic Charities who bring the courage and hard work to make miracles happen.”

Monsignor Enzler was ordained a priest for the Archdiocese of Washington in 1973 after preparing for the priesthood at Mount St. Mary’s Seminary. He is Trustee Emeritus at Mount St. Mary’s, where he served as one of the co-chairs of the university’s Generations campaign that raised more than $60 million.