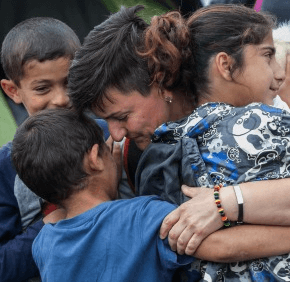 By Bronwen Dachs
Catholic News Service
CAPE TOWN, South Africa – Violent protests in Zimbabwe reflect people’s frustrations in extremely difficult times, a church official said.
With rising poverty levels, “life is unbearable now for most people” in the southern African country with an unemployment rate of 90 percent, Father Frederick Chiromba, secretary-general of the Zimbabwe Catholic Bishops’ Conference, told Catholic News Service in a telephone interview.
Thousands of people joined a July 6 national strike over grievances, including the government’s failure to pay state workers’ salaries, national cash shortages and new import controls.
The Zimbabwe Heads of Christian Denominations said in a July 5 statement that the country’s challenges require “collective concerted efforts, wisdom, insight, cooperation and collaboration of all stakeholders and concerned friends.”
Father Chiromba is executive secretary of the umbrella group, which includes the bishops’ conference, the Zimbabwe Council of Churches and the Evangelical Fellowship of Zimbabwe.
Zimbabwe is “undergoing a very difficult patch, economically, socially, politically and spiritually,” the church leaders said.
Taxi operators and angry youths clashed with police in Zimbabwe’s capital, Harare, July 4 as they protested roadblocks that they said are used by police to solicit bribes.
Other violent protests that included the razing of a warehouse took place in early July at Zimbabwe’s border posts with South Africa after the Zimbabwean government banned imports of a wide range of foodstuffs and other products.
Protesters in Beitbridge, a border town about 400 miles south of Harare, barricaded a road with rocks and burning tires July 2, forcing the temporary closure of the border post.
Civil unrest is rare in Zimbabwe, where 92-year-old Robert Mugabe has ruled since independence from Britain in 1980.
Mugabe’s administration, which spends more than 80 percent of its revenue on wages for state workers, faces a worsening cash shortage. In a bid to end hyperinflation, it abandoned its own currency in 2009 and uses mainly U.S. dollars.
The government “must provide the necessary leadership by clear and consistent communication on policy matters to avoid creating more chaos in an already chaotic situation,” the church leaders said.
Father Chiromba said the government is to blame for inconsistent policies, such as “the sudden banning of imports which has destroyed people’s livelihoods” and lack of effective leadership.
“We need to revive the economy,” he said, noting that formal sector retrenchments continue as industries close. He said the number of jobless youths is alarming.
Most people in Zimbabwe, with a population of close to 16 million, survive on $1 a day. They eke out a living in small-scale informal trade, mostly selling goods bought in South Africa.
With the ban on imports announced June 17, “groceries cannot be sent across the border from South Africa, which creates difficulties for families who rely on these,” Father Chiromba said.
Zimbabweans who rely on remittances from family members in the diaspora “are also suffering” as amounts dwindle in the global economic downturn, he said.
The bishops’ conference has launched an emergency appeal for food aid and is distributing contributions as well as making cash transfers to people in dire need, Father Chiromba said.
Many Catholic self-help projects, such as when people were given nuts to grind into peanut butter that they use to feed their families as well as to sell for some income, have been halted in the current drought, he said, noting that the agricultural products these projects rely on are no longer available.
The Zimbabwean church leaders said they “strongly believe that sustained dialogue provides the pathway” to resolving the country’s problems.
Noting local Shona wisdom that “chara chimwe hachitswanye inda” (one finger cannot crush lice), the leaders urged all concerned people to find a common approach to the difficulties Zimbabwe is enduring.
“We believe that everyone wants a Zimbabwe that is peaceful, prosperous and united,” they said.
Noting their opposition to violence, destruction of property and loss of life, the leaders urged “restraint and tolerance as people express their constitutional rights.”
Zimbabweans “must air grievances using the frameworks provided by the law,” they said.
Copyright ©2016 Catholic News Service/U.S. Conference of Catholic Bishops.
See also:
Support pastoral care, respect rights of seafarers, Vatican says
Attack on minor seminarians sparks outrage in Venezuela
PrevNext