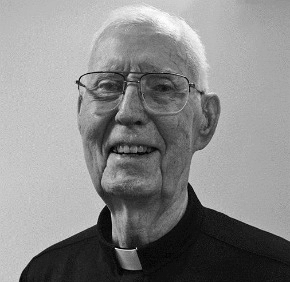 By Catholic Review Staff
A funeral Mass for Redemptorist Father Thomas William Lacey was offered Feb. 26 at the chapel at Stella Maris in Timonium. Father Lacey, whose ministry included serving a Baltimore parish and the U.S. Army, died Feb. 22. He was 86.
Born in Munhall, Pa., in 1929, Father Lacey spent his first novitiate year in Ilchester and was ordained to the priesthood at St. Alphonsus Seminary in Esopus, N.Y., in 1955. In 1957, he completed his second novitiate year in Annapolis, then served in Puerto Rico and the Dominican Republic until 1964.
He joined the U.S. Army and served as a military chaplain for 22 years, in South Carolina, Alabama, Kentucky, Virginia, New York, the Panama Canal Zone, Vietnam and Korea. Father Lacey retired as a colonel, with numerous decorations, including the Legion of Merit and the Bronze Star Medal.
Father Lacey returned to active ministry as a Redemptorist at Our Lady of Fatima Parish in Baltimore, where he served from 1997 to 1999. He was then assigned to St. Gerard Parish in Lima, Ohio, where he worked until 2010, when ill health required him to transfer to St. John Neumann Residence in Timonium.
To read more obituaries, click here.
PrevNext