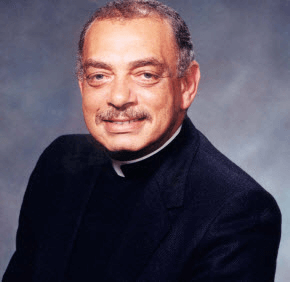 A funeral Mass for Josephite Father Roger Junius Caesar was offered Jan. 29 at Our Mother of Mercy in Houston, Texas. Father Caesar died Jan. 18 at a Los Angeles hospital after a sudden illness. He was 63.

Born in Eunice, La., Father Caesar was ordained a priest in 1977 for the Josephite Fathers and Brothers. He ministered in Alabama, Delaware, Louisiana, Maryland, Mississippi, Texas and Washington, D.C., with most of his work along the Gulf Coast.

His final assignment was as pastor of St. Brigid in Los Angeles.

Josephite Father James E. McLinden, pastor of St. Francis Xavier in Baltimore, recalled Father Caesar working to clean up drug traffic around St. Peter Claver. “Roger was never a person who had any real fear of any types of danger,” he said.

He described Father Caesar as “a solid man” and said he had “the spirit of St. Joseph,” the order’s patron.

“He was a man of action, but a man of few words,” Father McLinden said. “He just focused on what had to be done, and he carried it out.”