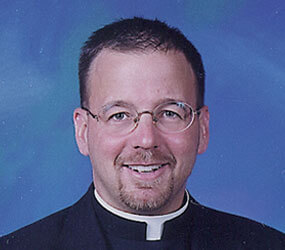 Father Richard Hilgartner, 41, a priest of the Archdiocese of Baltimore and associate director of the U.S. Bishops’ Secretariat for Divine Worship, has been tapped to become head of the secretariat in 2011.

The current head, Monsignor Anthony Sherman, plans to return to the Diocese of Brooklyn, N.Y., in Spring 2011.

Father Hilgartner is enrolled in a doctoral program at The Catholic University of America and holds a license in Sacred Theology (Sacramental and Liturgical Theology) from the Pontificio Ateneo Sant’ Anselmo, Rome, Italy.

“I am very grateful for Father Hilgartner’s generous agreement to undertake this service and thank Archbishop Edwin O’Brien of Baltimore for permitting Father Hilgartner to continue to serve at the USCCB,” Monsignor Malloy said.

In addition to his licentiate degree from Sant’ Anselmo, Father Hilgartner holds a bachelor of science degree (business and finance) from Mount St. Mary’s University in Emmitsburg, and a master of divinity degree and bachelor of sacred theology degree from St. Mary’s Seminary and University, Baltimore. He is a member of the North American Academy of Liturgy.

In the Baltimore archdiocese, Father Hilgartner has served in parish ministry and campus ministry, and has taught theology and homiletics.