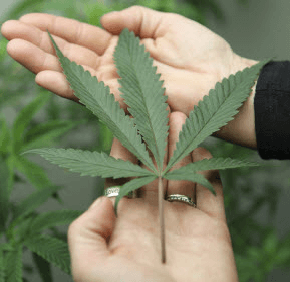 By Tom Tracy
Catholic News Service
WEST PALM BEACH, Fla. – Catholic health care ethicists say medical marijuana has potential merits and pitfalls but political and medical considerations aren’t being consistently managed from state to state as legalization spreads.
“If we are going to look at this as a medical treatment, then you have to look at it in the same way you judge any treatment in terms of benefits and burdens: One would have to judge the use of marijuana in light of a specific person,” said Mercy Sister Patricia Talone, vice president of mission services at the St. Louis-based Catholic Health Association.
“And it would be not recommended for patients who suffer from particular illnesses such as schizophrenia, and in younger persons who may evidence early symptoms of mental illness,” she added.
Sister Talone, who spoke three years ago at a panel discussion on medical marijuana at the Institute of Catholic Bioethics at Jesuit-run St. Joseph’s University in Philadelphia, told Catholic News Service that medical marijuana has fewer side effects than the heavier drugs and has been used therapeutically in a positive way in some places here and abroad.
Since the medical profession commits itself to excellent care “we have an obligation to at least look at that,” Sister Talone said, adding that, by contrast, misuse of legal prescription drugs have caused enormous harm to many.
While marijuana is known to have various harmful side effects especially on young users and is prohibited by federal law, it also has been shown to be effective therapy for persons with glaucoma, certain types of cancer, AIDS, end-of-life diseases in which the person suffers lack of appetite, skin breakdowns and general weakness.
“If it is something that could increase the appetite and quality of life of someone in the hospice program, for example, then the medical use may be acceptable,” Sister Talone said.
But people, especially youth, should know that any medication has positive and negative side effects, and that patients need to make decisions in light of their own medical history, she added.
“Even something that we consider normal like aspirin could have negative effects and people have to judge that according to their personal and medical reality. Innocuous things can still have harmful effects,” Sister Talone said.
Jesuit Father Peter Clark, director of the Institute of Catholic Bioethics, who has written on medical marijuana cases where the treatment was considered useful, thinks the debate is mostly a political one now.
Father Clark points to marijuana’s potential medical efficacy as recognized in 1999 by the Institute of Medicine of the National Academies.
“How do you regulate it, who grows it, who distributes it and all of that is a real issue, and New Jersey is trying to deal with that,” Father Clark said, in reference to past proposals by New Jersey Gov. Chris Christie to suggest Rutgers University serve as a controlled producer of marijuana in that state.
“My fear is that (medical patients) are going out and reselling it and that defeats the whole purpose. I hate to see it become a free for all as you see in some places,” Father Clark said.
He added: “I wonder what is coming down the road with legalization of small amounts and if we are moving in that direction and all of this (medical use conversation) becomes null & void.”
In terms of recreational use, marijuana presents significant moral issues that shouldn’t be easily dismissed, according to Sulpician Father Gerald D. Coleman, a California-based vice president for corporate ethics for the Daughters of Charity Health System.
Marijuana can create a psychological dependence that negatively affects one’s mental, physical, academic and spiritual well-being, he noted.
“Supporters of legalized marijuana argue that its use amounts to merely a benign recreational drug or a herbal medicine. This assertion has not been adequately researched and demonstrated,” he told CNS.
Copyright (c) 2013 Catholic News Service/U.S. Conference of Catholic Bishops
PrevNext