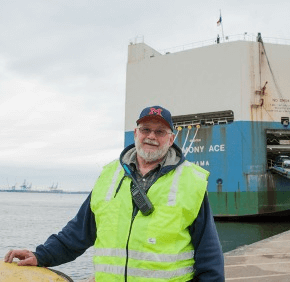 By Renée Newberry
Special to the Review
The first time Boston Oliver experienced low blood sugar leading to hypoglycemia or “sugar shock,” the Baltimore longshoreman had no idea what was going on. He became dizzy, disoriented, and passed out.
“My wife is a retired nurse,” the longshoreman said. “I was consistently putting on weight, and she suggested that I get checked for diabetes.”
Oliver, 65, was diagnosed with Type 2 Diabetes after a screening with a meter that showed his blood sugar was high at the time of the screening.
“Ninety percent of those with diabetes have Type 2 diabetes,” according to nurses Nancy Klobassa Davidson and Peggy Moreland in their “Living with Diabetes” blog on Mayoclinic.org. “And approximately 80 percent of people with Type 2 diabetes are overweight. With Type 2 diabetes, your body either resists the effects of insulin or doesn’t produce enough insulin to maintain a normal blood sugar level.”
Oliver’s diagnosis came about five years ago. Since then, he has been treated by Dr. Adline Ghazi and the diabetes care team at The Good Health Center at MedStar Good Samaritan Hospital.
Oliver sees his doctor regularly for diabetes check-ups. “I take my machine with me that records my blood sugar, and they print it out so they can see my highs and lows,” he said. “They try to get you to a happy balance from 90 to 130, but preferably between 110 and 120.”
He explained his blood sugar can fluctuate widely. He is on the highest dose of each of three medications to keep things functioning properly.
Oliver said the disease does not make life easy.
He said diabetes can be controlled with diet, but that’s hard to do as a longshoreman, a job he described as “24/7”: “It’s a pain to set aside a diet at home, because sometimes I work through dinner or through lunch.”
Oliver explained he watches his sugar and carbohydrate intake. “I have to read the contents of packages and how many servings per package and how many carbs per serving. I try to eat a lot of vegetables and meats, because they don’t have a lot of carbs.”
Oliver said servings should be the size of the fist or smaller. “I try to stay away from almost everything white: enriched bread, rice, noodles.”
He explained if his diabetes is not brought under control, “I’ll have to take shots of insulin,” an idea Oliver loathes, as he added he is not a fan of needles.
The longshoreman recommended people get tested and with good reason. “[Diabetes] is life-debilitating,” he said. “It affects vision, the liver, the pancreas. You can get sores on your feet, gangrene. If it doesn’t kill you, it can definitely screw you up in your body, especially for older people.”
Other types of diabetes include Type 1 Diabetes, which has a sudden onset, usually before the age of 30, in which “the pancreas produces little to no insulin,” according to Davidson and Moreland on their Mayo Clinic blog.
Additionally, Davidson and Moreland write Gestational Diabetes, “which causes high blood sugar, develops during pregnancy … and is caused by increased production of hormones that make the body less able to use insulin as well as it should.”
Oliver could not stress enough the importance of getting tested, especially as a person gets older and the pancreas starts to lose its ability to control insulin production that maintains healthy blood sugar levels. “I was always drinking Coke,” he said. “I guess all this stuff caught up to me.”

How do you know if you’re at risk?

The following information was provided by Dr. Kathryn Boling and dietitian Leigh Tracy, both of Mercy Medical Center in Baltimore.
Eight signs you should get screened for diabetes
1. Are overweight (BMI greater than 25) or lead an inactive lifestyle;
2. Have a family history of the disease, especially having a first degree relative with diabetes;
3. Are of a high risk ethnicity (African American, Latino, Native American, Asian American);
4. Have a history of Gestational diabetes or have had a baby weighing more than nine pounds;
6. Have Polycystic Ovary Syndrome;
7. Have HDL (good) cholesterol of less than 35mg/dL and/or Triglycerides of greater than 250mg/dL, or have high blood pressure; or
8. Are pre-diabetic, previous testing showed risk for diabetes, or are symptomatic for diabetes.
Five signs of diabetes:
1. Frequent urination
2. Extreme thirst or hunger
3. Tiredness
4. Blurry vision
5. Unintentional weight loss