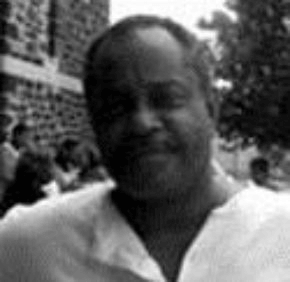 Deacon James Edward Bee, who served the parishioners of St. Ann in Baltimore for nearly 30 years, was remembered for his working understanding of the concept of holiness, and the efficacy it brought to his ministry.

Deacon Paul Shelton of the Church of the Blessed Sacrament in Baltimore remembered his friend for his ability to minister to “a whole range of people,” including recovering alcoholics and addicts, and all those who “wanted to get right with God” despite the complications in their lives.

Because of his understanding, Deacon Shelton added, Deacon Bee “was a very genuine person.”

Born in 1940 in Harlem, N.Y., Deacon Bee grew up in St. Francis Xavier Parish in Baltimore, where he attended grade school.

Father Lupico married the couple in 1980 and assisted Deacon Bee in the discernment process.

Deacon Bee saw his eventual ordination, remembered Deacon Shelton, not as something he deserved but as “a gift from God – and he was blessed to have it.”

“He would make jokes about whether God knew what he was getting himself into,” Deacon Shelton added.

Apparently He did, according to Father Lupico.

“(Deacon Bee) was a great preacher, a wonderful proclaimer of God’s Word, and a gentle heart,” the priest said. “He was always available for anyone who wanted to talk to him.”

Rogelio D’Almeida, pastoral administrator of St. Ann, called Deacon Bee “a holy man” who was “very committed to the church and its parishioners.”

“Through his ministry he built so many personal relationships, and when people heard that he would be doing a homily, they made sure they showed up,” D’Almeida added.

Deacon Shelton noted that his friend – who he said had severely limited mobility due to back problems, and had been on dialysis “for years” – preached non-verbally as well, taking multiple breaks as he entered church slowly, gingerly and with the help of a cane.

“What I watched happen is he sort of modeled to people about what it means to suffer without complaining, and continuing to be thankful to God,” Deacon Shelton said. “He was a walking homily about not getting depressed and not thinking that God had abandoned you because he wasn’t curing you.”

Deacon Bee, Deacon Shelton continued, was thankful for the relationship he had with his wife and for the people of St. Ann.

“He saw it as a beautiful group of people loving God and lifting God up on Greenmount Avenue,” Deacon Shelton said.