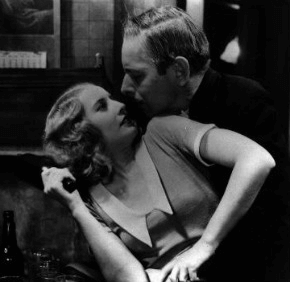 WASHINGTON – For three decades, the Catholic Legion of Decency held great sway not only over Catholic movie audiences but also the Hollywood film industry.

Its legacy – for good and for ill – will be examined in a film series to be presented 8 p.m. (EST) Thursdays in March starting March 3, and stretching into the overnight hours each Thursday, on the Turner Classic Movies cable channel.

Close to 20 films will be included in the series, and 17 of them will be introduced by Sister Rose Pacatte, a Daughter of St. Paul who has long kept close tabs on filmdom through reviews, books and a blog. She recorded the introductions at TCM’s Atlanta studios in midwinter.

“A lot of these films I’d never seen. They’re old,” Sister Rose told Catholic News Service in a telephone interview from Los Angeles. “The hoopla and the outrage that they caused. They’re not even good movies. You can see that they’re most dominated by sex, and the Legion’s reaction to that in the context of the times – and everybody reacted, not just them.”

One title that may be familiar to American moviegoers is Howard Hughes’ “The Outlaw.” Made in 1943, it wasn’t released until 1946, and then only in Mexico; controversy kept the film off U.S. screens. “It wasn’t resolved until 1951 or ’52,” Sister Rose said. “They took five years to finally get the Legion of Decency to come on board and Howard Hughes wouldn’t let it out. The Legion of Decency didn’t like Jane Russell; she was too curvaceous. Also, the way they exploited the advertising had nothing to do with the movie.”

Another film that raised eyebrows upon release was 1958’s “And God Created Woman,” which starred French sex symbol Brigitte Bardot. The Legion of Decency quickly slapped the “C” classification for “condemned.” But, nearly 60 years later, “after all they (the main characters) go through – the violence, the passion – the two are going to marry, and hold hands and walk into their little apartment together,” Sister Rose told CNS – the kind of happily-ever-after ending that was promoted by the Legion of Decency and its secular Hollywood counterpart, the Hays Code.

“It bombed in France, but in the U.S., it did really well,” she added.

One of the later entries in the series is 1980’s “The Competition,” starring Richard Dreyfuss and Amy Irving. “There’s one bedroom scene,” Sister Rose added, “but even compared to a Nicholas Sparks movie …  ” she added, the rest of the sentence unspoken. Author Sparks is known for his novels about romance; the latest film adapted from one of his books is “The Choice,” which features some steamy love scenes.

The Legion of Decency was at its strongest from the mid-1930s to the mid-1960s. But as cultural mores shifted, its reviews and classifications – once seen as a death knell for any film that tried to stand up to it – became more of a forbidden fruit that lured moviegoers to cinemas.

Its influence fading, the Legion of Decency’s work was supplanted by the National Catholic Film Office. That was in time subsumed into the U.S. bishops’ Office for Film & Broadcasting. The late Henry Herx, who worked for the Legion in its waning days, bridged the work the first three iterations of Catholic movie criticism for both aesthetic sensibilities and moral suitability.

In a reorganization undertaken in 2010 by the U.S. bishops, that work was transferred to CNS – which by this time had become the primary outlet for the publication of the office’s movie, TV and video reviews – under the jurisdiction of a new Media Review Office.

TCM’s Scott McGee had suggested presenting a series of “Condemned” films on the all-movies channel last year, and his suggestion was quickly embraced. By comparison, he told CNS, a series of movies featuring Oscar winner Marie Dressler will be aired this year, but he suggested it 10 years ago.

He had warm words for Sister Rose as well. “The things I most appreciate about this series and what Sister Rose brought to it, she brought the understanding or the emphasis of different points of view and different contexts about what this movie is all about, which is something the Catholic Legion of Decency in its heyday didn’t do as much. Sister Rose does take them to task for not asking those kinds of questions.”