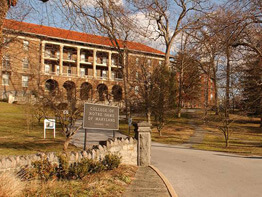 A campus intruder scare caused the College of Notre Dame of Maryland, Baltimore, to activate its new text alert system, e2Campus, for the first time Sept. 1.
Although local newspapers reported the system failed to communicate to everyone signed up for the service, Theresa Wiseman, director of media relations, said the communication was “successful.”
“More than 300 community members were able to get information in a timely manner,” she said. “Our campus security director has heard that four people who thought they signed up for the alerts did not receive them. In each instance, the person hadn’t completed the sign up.”
Three text alert messages were sent that Saturday evening:
Message 1; 9:56 p.m. – “Possible intruder on campus. Police are investigating. Shelter in place until further notice.” Message 2; 10:53 p.m. – “Police are searching Meletia Hall for a possible intruder. Please remain locked in your rooms. If you need assistance call the switchboard.” Message 3; 12:27 a.m. – “The police have finished their investigation on campus. The campus is now clear. See e-mail message to follow.”
The text alerts were prompted after a call was made to Baltimore City police from a Women’s College commuter student who reported an abduction attempt off campus; police thought the alleged abductor might have been on campus and conducted a thorough search. The allegation was found to be false. The same student was subsequently charged by police with handgun violations when a weapon was found in the student’s vehicle on campus. The weapon was removed by police immediately.
“The safety of our campus community is paramount,” said Ms. Wiseman. “Good planning and communication systems are in place at College of Notre Dame that allowed us to respond quickly and appropriately in a situation like this one.”
The campus community is invited to sign up to receive text alerts in the event of an emergency. The college can also communicate to students and faculty/staff via e-mail and voicemail messages, said Ms. Wiseman. More than 400 people have signed up for e2Campus, with that number growing daily.