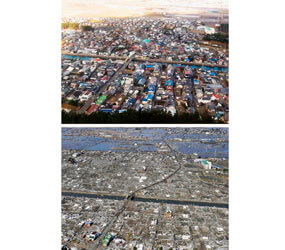 SENDAI, Japan – Despite the post-tsunami chaos, parishioners of Kita Sendai Catholic Church have been busy delivering food aid to victims of the deadly quake and tsunami.

Hiroko Haga, one of the parishioners, told the Asian church news agency UCA News that persistent distribution difficulties in the city have meant that “people must stand in line for three hours to buy a slice of bread,” so parishioners reach out not only to the homeless but also to the elderly and to nursing mothers for whom the endless lines would be too arduous.

The ongoing efforts of the parishioners form a natural extension of charitable activities in which the church was already active, reported the Asian church news agency UCA News.

Violent aftershocks – as strong as magnitude 6 March 24 – and the continued disruption of gas supplies forced parishioners to cook meals with propane. Food was supplied by a variety of organizations, including Caritas Japan, food banks and ecumenical groups.

Dominican Father Raymond Latour, pastor of Kita Sendai, is also pastor of Haramachi Church in Minamisoma. He said those who remained in Minamisoma were forced to stay indoors because of their proximity to the Fukushima Dai-ichi nuclear plant; they had only ramen noodles to eat.

The Sendai Diocese has 53 churches and 8 mission stations. Serious damage to Furukawa church in Miyagi prefecture and Sukagawa and Yumoto churches in Fukushima prefecture rendered them unusable. Otherwise, damage to diocesan buildings was described as “minimal.”

The diocese also is home to 16 religious orders and mission societies, in 34 locations.