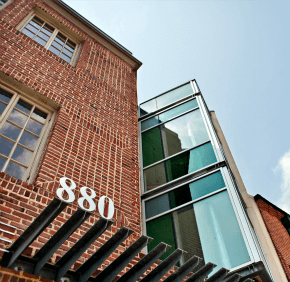 The Catholic Review is transitioning from a biweekly newspaper to a monthly magazine. The Oct. 29 edition marks the last to be printed on newsprint.

Beginning with a December issue, the Catholic Review will become a glossy monthly magazine, mailed four times a year to every registered Catholic home in the archdiocese and distributed eight times a year to Massgoers in local parishes. The first issue will arrive in Catholic homes the weekend before Thanksgiving and will feature articles themed for Advent and Christmas.

The move to a monthly magazine is just one part of an implementation of a broader strategic plan undertaken by Catholic Review Media, as the way people consume news and information has changed, and continues to change, according to Christopher Gunty, associate publisher and editor.

The plan includes the magazine; the continuation and enhancement of content on the publication’s website at CatholicReview.org; continued extensive use of social media; and the addition of new tools to communicate with Catholics via email, text and a mobile app.

In a video introducing the plan to parish leaders, Archbishop William E. Lori, publisher and chairman of Catholic Review Media, the publication’s parent company, said, “People rely on a variety of communication outlets today. These communication channels are all portals of evangelization – ways to connect people to the church and to a life of faith.

“From print to digital and mobile, the church needs to use these and other means to communicate with its people, and to share a message that is informative, but also relevant and inspiring,” the archbishop said.

Gunty said the Catholic Review will expand its reach with the new magazine over the newspaper, which currently reaches about 40,000 homes every other week. When the magazine is distributed at parishes, circulation will be about one and a half times that, at 60,000. When mailed to homes, the circulation will quadruple to more than 170,000.

“All the research we have done and that we have seen from other organizations indicates that people are consuming news in so many ways,” Gunty said. “We want the Catholic Review to be wherever they are, whether they have a smartphone in their pocket, are using a tablet or sitting in their living room and the magazine is on the coffee table.”

He noted that the switch in formats doesn’t change the staff’s commitment to rigorous reporting about the church – in Maryland and throughout the world, maintaining the standards that have seen the Catholic Review honored with hundreds of awards in recent years for excellence in journalism from secular and religious publishing associations, with 36 in 2014 alone.

The transition has already begun: Since there won’t be a publication for November, this edition of the Review carries a month’s worth of some of the regular newspaper features that will be carried into the magazine – the necrology, seeking prayers for deceased clergy on the anniversary of their death; and the list of daily Mass readings.

Changes come to the popular calendar page as well, with events published a month at a time, instead of by the fortnight. Magazine deadlines require more lead time than newsprint, so the deadline for calendar event notices will generally be the first of the month prior to the publication month. The deadline for December events is Nov. 4; for January events, deadline is Dec. 1.

Organizers can also contribute their events to an online calendar by registering on CatholicReview.org.

Along with the new publication, Catholics can receive a regular e-newsletter with the latest news briefs and a news feed in the mobile app, so they won’t have to wait for delivery of a print publication to know what’s going on in the world of faith.

In addition, those digital tools – Flocknote to deliver emails and texts, and myParish App for mobile devices – can also be used by parishes in the archdiocese to communicate more effectively with their own parishioners.

The 160-year history of Catholic publishing in the Archdiocese of Baltimore encompasses The Catholic Mirror, the Baltimore Catholic Review and the Catholic Review. The publications have covered visits of popes, parish spaghetti dinners, interscholastic sports and the lives of everyday Catholics. Their editorials have opined about the civil war, anti-immigration sentiment and gun violence in our cities.

“We’re not changing our essential mission to inform, teach, inspire and engage Catholics,” Gunty said. “The magazine and these other new tools are just ways for us to continue the history of quality Catholic journalism in service to the people of our archdiocese.”