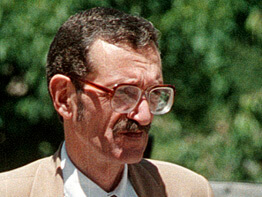 SOFIA, Bulgaria – Sergei Antonov, accused by Pope John Paul II’s would-be assassin of being part of a Soviet-bloc plot to kill the pope in 1981, was found dead in his Sofia apartment.
Bulgarian police confirmed the death of the 58-year-old Antonov Aug. 1, but said his death had occurred several days earlier. He apparently died of natural causes.
Antonov was deputy manager of the Bulgarian state airline’s Rome office in the early 1980s. Mehmet Ali Agca, the Turk captured in St. Peter’s Square moments after shooting the pope and convicted of attempted murder for the crime, had told Italian investigators that Antonov and two employees of the Bulgarian Embassy in Rome were involved in the shooting. He said the Bulgarians were acting on instructions from the Soviet secret police.
Antonov was arrested, but an Italian court ruled in 1986 that there was not enough evidence to convict the Bulgarians.
When Pope John Paul visited Bulgaria in 2002, he told the country’s president, “I have never believed in the so-called ‘Bulgarian connection’ because of my affection, esteem and respect for the Bulgarian people.”
Then-Vatican spokesman Joaquin Navarro-Valls told reporters at the time that the pope’s remark came from a “moral certainty, based in part on the lack of objective elements” against the Bulgarians.