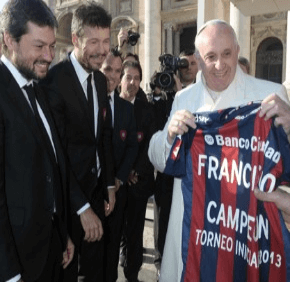 Pope Francis has been an avid, lifelong fan of the San Lorenzo football club of Buenos Aires, according to Marcelo Tinelli, the team vice-president, who told Fox Sports last summer that the Holy Father has paid his club dues “religiously” every year, even after being elected pope in March of 2013.