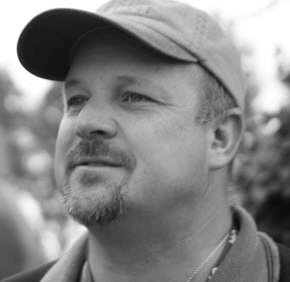 WASHINGTON – The filmmakers set the scene: 16th-century central Mexico, where human sacrifices were a means of feeding the gods, ensuring the sun would rise the next day. Spanish conquistadors were assuming power in Aztec Empire, and some Aztecs had converted to Catholicism.

Among them was Juan Diego, now a saint, who encountered the Blessed Virgin Mary on a hill. She requested that a church be built there in her honor, and as a sign for the bishop, asked Juan Diego to gather roses from the hillside and bring them to the bishop. He did, and when he unfurled his tilma, or cloak, it contained an image of a pregnant Mary.

Five centuries later, that image continues to inspire devotion and confound historians and scientists, who can find no explanation for the origin of its pigments, its lack of deterioration or how the constellations in Mary’s garment reflect the constellations of the night she appeared, according to the film.

Baltimore filmmaker Tim Watkins tackled the tale with his newest documentary “The Blood and the Rose,” which premiered Jan. 24 at the Warner Theatre. Shot in Spain and Mexico, the film traces the story from Spain and the Aztec Empire before the cultures clashed, and eventually melded, under the patronage of Our Lady of Guadalupe.

The film explores the symbols in which Atzecs and Spaniards recognized their culture in the image on the tilma, and the conversion of millions of Aztecs in the years after Mary’s appearances. It also ties Our Lady of Guadalupe to 20th-century Marian apparitions.

As the film’s director, Watkins said he hopes “The Blood and the Rose” inspires people to discover more about the Catholic faith and strengthen their families, he said.

“When you look at the image of Our Lady of Guadalupe, her head is tilted, her knee is bent, her hands are in folded prayer. She’s telling us there’s someone far more important than her in this image, and it’s Christ, because she’s carrying the one true king,” he said.

Watkins expects the film to appeal to broad audiences, he said, and hopes it can better catechize Catholics. He has developed study materials to accompany the film for parish use.

In the course of making “The Blood and The Rose,” Watkins spent about 15 minutes in the protective vault that contains the tilma, which is on display in the Basilica of Our Lady of Guadalupe in Mexico City.

“Life changing,” he said of the experience. “It’s so awe striking. To think this was made by God.”

About 500 people attended the premiere, including parishioners from St. John in Westminster. The event was held the evening before the annual March for Life. Our Lady of Guadalupe is the patroness of the unborn.

“I think it’s going to awaken a lot of people to the power of Mary and how we need to speak out to the injustice of the unborn,” he said. “We’re all called to defend life, and this movie is going to help the Catholics who are not that active, to be a little more active.”

Another St. John parishioner, Chris Walsh, took the message that all Christians are called to be “Juan Diegos,” whom the film portrayed as a “messenger eagle” who played a central role in the evangelization of his culture.

“The film was such a teaching lesson of Our Lady of Guadalupe,” Walsh said.

Watkins plans to hold other screenings in other parts of the country, he said. Catholic Charities of the Archdiocese of Washington sponsored the Washington screening.

The evening included reflections on Mary from Father Leo E. Patalinghug, an associate pastor of Our Lady of the Fields, Millersville, who is known for his EWTN cooking show “Savoring our Faith”; Bishop Francisco González, auxiliary Bishop of Washington; Monsignor John Enzler, president and CEO of Catholic Charities of the Archdiocese of Washington; and Raymond Arroyo, EWTNews director.