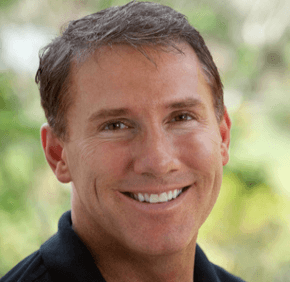 By Mark Pattison
Catholic News Service
WASHINGTON (CNS) — Nicholas Sparks, the popular Catholic romance novelist, puts his faith into practice in several different ways.
One way is through philanthropy. Sparks has not only volunteered as a track coach for New Bern High School near his home on the North Carolina coast — as a college freshman he was part of the University of Notre Dame’s 800-meter relay team that set a school record — but he also paid for a new track at the high school, and provided for tutoring for disadvantaged students.
Sparks and his wife, Catherine, also co-founded a “multidenominational” Christian school in New Bern called the Epiphany School. Nicholas Sparks is chairman of the board of trustees for the school, which educates students from fifth through 12th grades.
Sparks spoke in an April 4 telephone interview with Catholic News Service to promote “The Lucky One,” a new movie based on one of his novels that opens April 20. The story tells of a Marine veteran who sets out to find a woman pictured in a photograph he found in the rubble while serving in Iraq, believing her image and her “Keep safe” message on the back side of the photo helped him cheat death several times.
“Our passion lies in two areas,” Sparks said of himself and his wife, both of whom grew up as children in military families. “One is education and one is veterans. There are so many wonderful programs for veterans, but where we want to make a difference is with prosthetic limbs.
“The Veterans Administration will provide them, but sometimes they don’t work, they’re not exact, they can’t go over a certain cost. … I don’t know, it just bothers me to think they’re wearing something that doesn’t work as well as it could.”
With regard to education, Sparks added, “Americans are falling behind in so many areas and there are so many things that we can do. One of the areas where I think we’re falling behind is international understanding in the world and being able to function in the world.”
Thanks to the Internet, he said, “the world is much more connected. But in America, because of its geography, we never had to learn it (international understanding).”
The author also keeps values first and foremost when writing.
“Faith animates a lot of what I do,” Sparks told CNS. “I have my rules. I don’t put a lot of profanity in. I don’t write any love scenes; they end where everything pretty much starts. I don’t glamorize adultery in any way. I leave that for other people to do. My faith is strong — and look, my grandmother’s reading my book. I call it the grandmother rule.”
Sparks also takes an active role in the film treatments of his novels, so he rejects — with an important distinction — the notion that there is more sex in “The Lucky One” than previous movies based on his books.
“Certainly there is, compared to ‘The Last Song’ or ‘A Walk to Remember — and there’s none in those — but those two are teen stories. The rest of it is selective memory” on the part of viewers, he explained. “I can time it to the minute. And it is not any more passionate. Go to ‘Message in a Bottle’ or ‘The Notebook’ or ‘Dear John.’ It is no more or no less. It is one of the things we’re thinking of when we’re making a movie. … If there’s not a lot of chemistry, it won’t work at all.”
Sparks is proud of his faith. In a 2002 interview with the Catholic Education Resource Center, he said: “I was raised Catholic, baptized, confirmed, Sunday School, went to Notre Dame, go to confession, go to church weekly.
“My oldest son is an altar boy. All my children go to the Catholic school. My wife, Catherine, was raised Catholic. We were married in the Catholic Church,” he continued. “God is the most important thing in our lives. I suppose that’s true of everybody’s lives, whether or not they want to believe it.”
And, despite daily early morning workouts, writing a book nearly every year, and assisting in the film adaptations of his novels, and helping with the school, he told CNS still finds time to read at least 100 books a year. One of his favorites is Stephen King. He’s also taken a shine to some European fiction and history and biography. One book-reading rule of his is “no living politicians.”
With all this on his plate, “this is a balance that I continually strive to keep in line,” Sparks said. “I have a wife who insists that family comes first. In my world, writing novels comes second.”
PrevNext