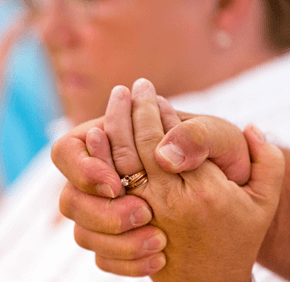 By Maria Wiering
mwiering@CatholicReview.org
Twitter: @ReviewWiering
Archbishop William E. Lori said the U.S. Supreme Court’s June 26 decisions on two cases affecting the definition of marriage “will undoubtedly have far-reaching consequences, most especially for children, and are another serious blow to the institution of marriage.”
In a 5-4 decision on the case of United States vs. Windsor, the court struck down a provision of the Defense of Marriage Act, or DOMA, which defined marriage as an institution between a man and woman for federal purposes.
The court’s ruling allows legally married same-sex couples to access the same federal recognition and benefits as opposite-sex couples. Same-sex marriage is legal in 13 states, including Maryland, and the District of Columbia.
The court also declined to rule on Hollingsworth vs. Perry, a case on California’s Proposition 8, a 2008 voter-approved ban on same-sex marriage. It remanded the case to a lower court, a decision that is expected to allow same-sex marriage to resume in California, where it was briefly permitted in 2008.
In a June 26 statement, Archbishop Lori said, “The Supreme Court’s decisions to overturn Proposition 8 and the Defense of Marriage Act are the latest in a troubling trend of decisions by lawmakers, judges and some voters which ignores the fundamental truth about marriage: It is the most valued, most important social unit in our society and, as such, is deserving of the protection and special recognition societies have afforded it throughout human history.
“Sadly, the courts have chosen to follow at a time when our nation most needs strong leaders – leaders who wish to promote strong families instead of dismantling them,” he continued. “In a society such as ours, the Catholic Church may indeed be countercultural in its defense and promotion of a family built on the foundation of a healthy marriage between a man and a woman. Our consistent teaching on marriage is reflective of our respect for the dignity of the human person and the belief that children have the best chance to succeed when raised by both a father and a mother.”
President Bill Clinton signed DOMA into law in 1996. In 2012, President Barack Obama said he supported same-sex marriage and that the U.S. Justice Department would no longer defend DOMA in court. In February, the Justice Department filed a brief arguing that DOMA was unconstitutional.
Same-sex marriage advocates consider the Supreme Court’s decisions a win.
Carrie Evans, executive director for Equality Maryland, called them an “enormous victory” in a June 26 statement.
“Today, the Supreme Court affirmed that all loving and committed couples who marry deserve equal legal respect and treatment,” she said. “Maryland same-sex married couples will now be eligible for the more than 1,000 federal rights and responsibilities that come with marriage.”
Her reaction echoed that of Gov. Martin J. O’Malley, who called the DOMA ruling “a powerful step forward for those who live in states like Maryland.”
At the other pole is the National Organization for Marriage, which has been at the forefront of national efforts to uphold marriage as an institution between one woman and one man. In a June 26 statement, its president, Brian Brown, called the court’s decision not to rule on Proposition 8 “a miscarriage of justice.”
“The Supreme Court’s holding that proponents of an initiative had no legal right to appeal ignores California law and rewards corrupt politicians for abandoning their duty to defend traditional marriage laws,” he said. “It’s imperative that Congress continue to preserve the right of states to protect true marriage and refuse to recognize faux marriages performed in other states or countries.”
Mary Ellen Russell, executive director of the Maryland Catholic Conference, said traditional marriage proponents should take heart that the decisions contained no language affirming a “right” for same-sex couples to marry. They also do not overturn laws defining marriage as between one man and one woman in the 37 states where that is the case.
“For those of us who recognize that truth about marriage, it’s important that we become all the more vigilant in defending our right to uphold the basic understanding of marriage and the human person,” Russell said. “The debate about marriage is going to continue in our country.”
Archbishop Lori, MCC chairman, was a flag bearer in last year’s efforts opposing the redefinition of marriage in Maryland via popular referendum. The referendum passed, and the state began issuing marriage licenses to same-sex couples Jan. 1.
The MCC is affiliated with the Maryland Marriage Alliance, which promotes traditional marriage. Derek McCoy, its executive director, told the Catholic Review that the Court’s decisions “struck a blow to marriage,” but the extent of their effects remain ambiguous.
“Any Supreme Court ruling, any policy decisions legislatively around our country does not change the fundamental definition and fundamental truth that marriage is a unique special relationship between a man and a woman, and it serves society well,” he said. “Most people still believe that marriage is fundamentally between a man and woman.”
The court’s decisions were announced five days into the Fortnight for Freedom, a 14-day observance promoted by the U.S. bishops for the protection of religious liberty. The Fortnight began July 21 and ends July 4.
“Today’s decisions will also undoubtedly contribute to concerted efforts not just to redefine marriage but to dismantle it, efforts which represent a serious threat to religious liberty and conscience rights for countless people of faith,” said Archbishop Lori, chairman of the U.S. Bishops’ Ad Hoc Committee for Religious Liberty.
“This threat to religious freedom is one of many, locally and nationally, that has prompted our current Fortnight for Freedom, which we hope will inspire people throughout the country to prayer, education, and action to preserve religious liberty,” he said.
Also see:
Court overturns DOMA, sends Proposition 8 back to lower court
Copyright (c) June 26, 2013 CatholicReview.org
PrevNext