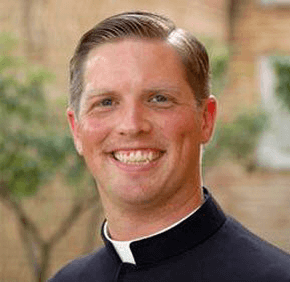 Legion of Christ Father Brian Coe, an Annapolis native, was ordained to the priesthood earlier this month in Rome.

It was after he attended Youth 2000 at Mount St. Mary’s Seminary in Emmitsburg that he began to consider the priesthood.

“On that weekend, I got into adoring the Eucharist (to this day it’s one of my favorite hobbies),” Father Coe said. “I realized that being with Jesus in the Eucharist is the best place anyone can be on earth and that no one is closer to the Eucharist than priests.”

Father Coe studied at the Legion’s seminarians in Cheshire, Conn., and Thornwood, N.Y. He earned a master’s in philosophy from Pontifical Athenaeum Regina Apostolorum in Rome. He is working on a master’s in dogmatic theology in Rome.