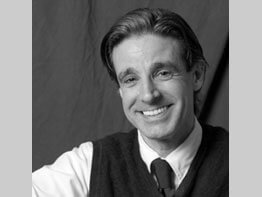 A good night’s sleep can make your entire day better. It also, doctors say, can keep your heart strong.

There are several factors, however, that could impede a comfortable rest and have a cascading effect on your overall health.

“We live in a world where so many things are out of our control,” said Good Samaritan pulmonologist Dr. Howard Steiner. “This is something within our control. Unfortunately, there are a lot of problems with sleep problems that go untreated. I think it’s something that can be fixed and should be fixed.”

One of the biggest challenges to rest is sleep apnea, which took an unfortunate leap into the American consciousness when Pro Football Hall of Fame defensive end Reggie White died of the disorder in 2004.

Dr. Steiner, who specializes in sleep medicine at the Baltimore hospital, said apnea is common among overweight people and added research data shows it can often contribute to high blood pressure or sudden death from a heart rhythm.

The American Sleep Apnea Association Web site (www.sleepapnea.org) states that 12 million Americans a year suffer from the disorder. An attack induced by sleep apnea can be frightening if it is not diagnosed and results in a blocked airway.

A loss of breath repeatedly happens during an apnea incident.

“It requires a person to wake up and take their tongue out of harm’s way,” Dr. Steiner said. “There’s a rush of adrenaline which tends to cause a speed up of the heart.”

Snoring and daytime sleepiness are symptoms of the disorder, according to the American Sleep Apnea Association.

A nose mask to address sleep apnea can be obtained through medical treatment, Dr. Steiner said.

There’s a common profile of someone who has sleep apnea: an overweight male over the age of 40. People of all sizes, however, can have the disorder, said Dr. Steiner, adding that some genetic elements are involved.

There are other more common impediments to a good night’s sleep, including salty diets, medications, nicotine before bedtime and irregular schedules for sleep and exercise.

Dr. Steiner calls such issues “self-perpetuating problems,” and he encourages people to get their problems fixed through personal determination and medical attention.

“Sleep,” he said, “allows the stresses of the day to melt away.”