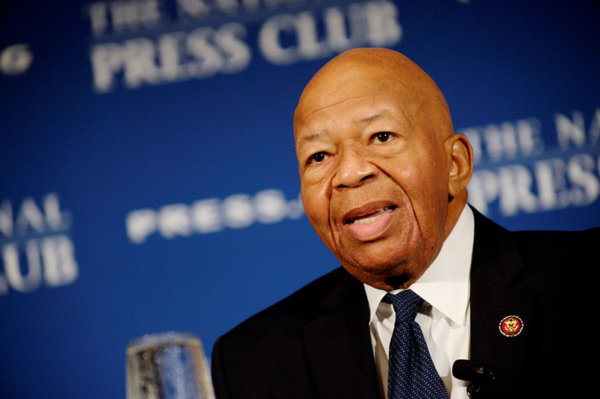 I first met Elijah Cummings while working at St. Ambrose Parish in the Park Heights Community where I ministered for over 30 years. During my time there, I was a teacher, pastoral associate, hospital chaplain, founder of St. Ambrose Outreach Center and a community organizer. Congressman Cummings and I had many occasions to work together on behalf of the people in the Park Heights Community and the city of Baltimore.

I grew to know him as a friend, a fervent advocate for the poor, and as a quintessential leader and civil rights icon who fought for justice and equality for all, especially those he served. He was passionate and compassionate in all that he did.

As a School Sister of Notre Dame dedicated to transforming the world through education, I was inspired by how hard Congressman Cummings worked toward improving the quality of the schools and creating pathways to college education or careers in a skilled trade for those who had never considered education as the path to a better life. During my years as president of Mother Seton Academy – a tuition-free, independent Catholic school for at-risk middle school students in Baltimore City that is co-sponsored by six religious communities, including my congregation – Congressman Cummings was integral in helping us secure funding and became our strongest advocate for education in the city. As the son of former sharecroppers, he knew of the transformative power of education and fought hard to open doors for others to have the opportunity to learn.

I am disturbed that the last words Elijah heard from the President of the United States, the country our Congressman deeply loved, were so disparaging, harsh and critical of Baltimore, the city he represented and the people he served. By his example, Elijah took the higher road and showed us that he believed in a better Baltimore and he stood by the people he served regardless of how the President described his district. He had hoped and believed the President himself could “do better.”

Elijah was a man who gave his best and did so eloquently. He wanted a better city and a better world. He spent endless hours attending community events, speaking words of encouragement in our schools, and fighting against oppressive systems. He knew that Baltimore is a city full of people who take pride in its rich history and diverse cultural landscape. It is a city full of innovation and creativity. He knew firsthand the goodness of Baltimore, because he chose to live in the neighborhood.

As provincial leader for the School Sisters of Notre Dame of the Atlantic-Midwest Province, I extend my heartfelt sympathy to the State of Maryland, the city of Baltimore and to his beloved wife and family. I have lost a friend. Our city has lost a righteous man who stood for honesty and integrity. Our country has lost a great political leader and statesman.  In memory of Congressman Cummings, let us take up the causes he believed in and fought for to keep his legacy alive.

Rest in peace, Congressman Cummings. Well done, good and faithful servant. We will miss you.